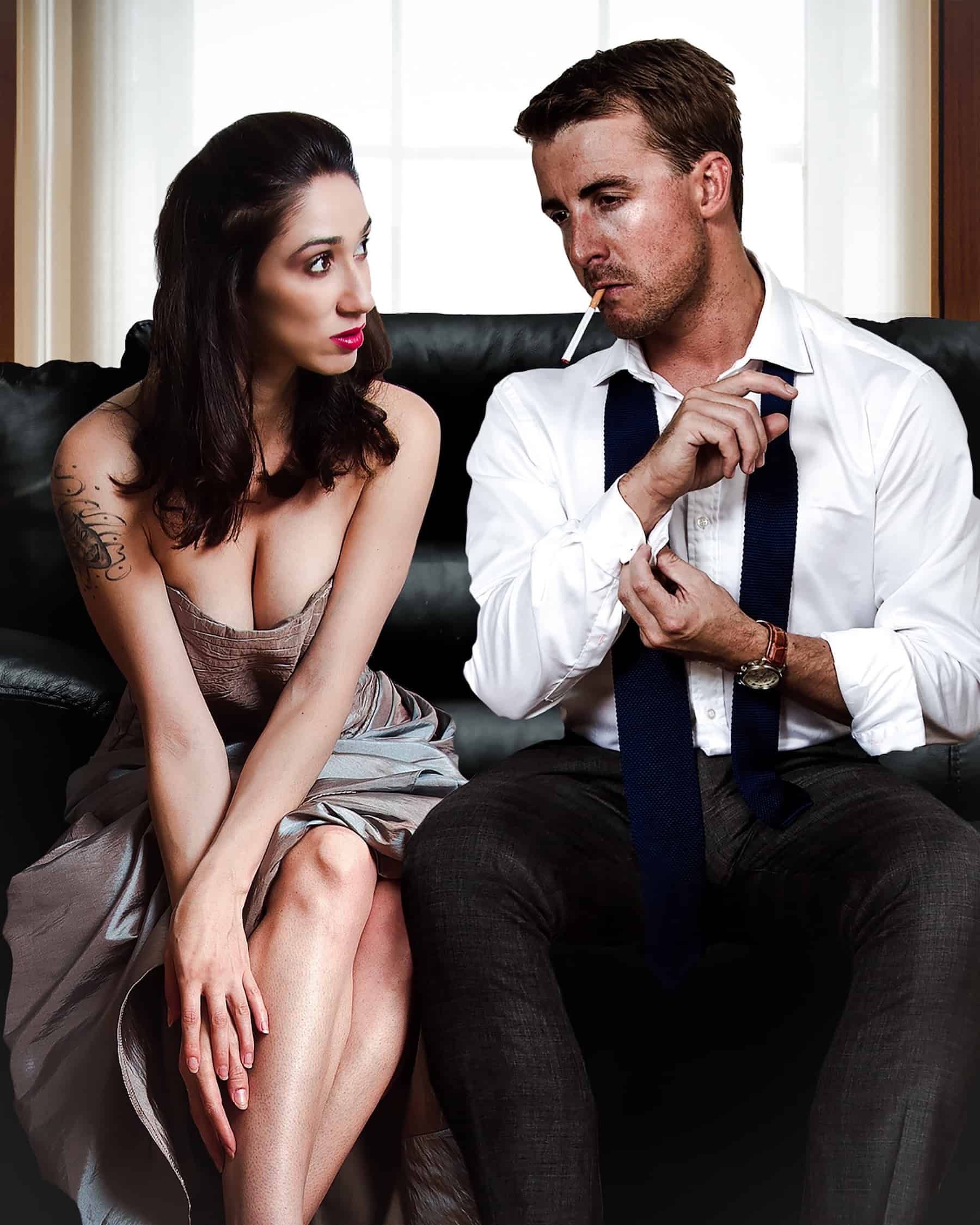 Are narcissists mostly hyperactive or hypoactive sexually and to what extent are they likely to be unfaithful in marriage?

Broadly speaking, there are two types of narcissists, loosely corresponding to the two categories mentioned in the question.

Sex for the narcissist is an instrument designed to increase the number of Sources of Narcissistic Supply. If it happens to be the most efficient weapon in the narcissist’s arsenal – he makes profligate use of it. In other words: if the narcissist cannot obtain adoration, admiration, approval, applause, or any other kind of attention by other means (e.g., intellectually) – he resorts to sex.

He then become a satyr (or a nymphomaniac): indiscriminately engages in sex with multiple partners. His sex partners are considered by him to be objects – sources of Narcissistic Supply. It is through the processes of successful seduction and sexual conquest that the narcissist derives his badly needed narcissistic “fix”.

The narcissist is likely to perfect his techniques of courting and regard his sexual exploits as a form of art. He usually exposes this side of him – in great detail – to others, to an audience, expecting to win their approval and admiration. Because the Narcissistic Supply in his case is in the very act of conquest and (what he perceives to be) subordination – the narcissist is forced to hop from one partner to another.

Some narcissists prefer “complicated” situations. If men – they prefer virgins, married women, frigid or lesbian women, etc. The more “difficult” the target – the more rewarding the narcissistic outcome. Such a narcissist may be married, but he does not regard his extra-marital affairs as either immoral or a breach of any explicit or implicit contract between him and his spouse.

He keeps explaining to anyone who cares to listen that his other sexual partners are nothing to him, meaningless, that he is merely taking advantage of them and that they do not constitute a threat and should not be taken seriously by his spouse. In his mind a clear separation exists between the honest “woman of his life” (really, a saint) and the whores that he is having sex with.

With the exception of the meaningful women in his life, he tends to view all females in a bad light. His behavior, thus, achieves a dual purpose: securing Narcissistic Supply, on the one hand – and re-enacting old, unresolved conflicts and traumas (abandonment by Primary Objects and the Oedipal conflict, for instance).

When inevitably abandoned by his spouse – the narcissist is veritably shocked and hurt. This is the sort of crisis, which might drive him to psychotherapy. Still, deep inside, he feels compelled to continue to pursue precisely the same path. His abandonment is cathartic, purifying. Following a period of deep depression and suicidal ideation – the narcissist is likely to feel cleansed, invigorated, unshackled, ready for the next round of hunting.

But there is another type of narcissist. He also has bouts of sexual hyperactivity in which he trades sexual partners and tends to regard them as objects. However, with him, this is a secondary behavior. It appears mainly after major narcissistic traumas and crises.

A painful divorce, a devastating personal financial upheaval – and this type of narcissist adopts the view that the “old” (intellectual) solutions do not work anymore. He frantically gropes and searches for new ways to attract attention, to restore his False Ego (=his grandiosity) and to secure a subsistence level of Narcissistic Supply.

Sex is handy and is a great source of the right kind of supply: it is immediate, sexual partners are interchangeable, the solution is comprehensive (it encompasses all the aspects of the narcissist’s being), natural, highly charged, adventurous, and pleasurable. Thus, following a life crisis, the cerebral narcissist is likely to be deeply involved in sexual activities – very frequently and almost to the exclusion of all other matters.

However, as the memories of the crisis fade, as the narcissistic wounds heal, as the Narcissistic Cycle re-commences, and the balance is restored – this second type of narcissist reveals his true colors. He abruptly loses interest in sex and in all his sexual partners. The frequency of his sexual activities deteriorates from a few times a day – to a few times a year. He reverts to intellectual pursuits, sports, politics, voluntary activities – anything but sex.

This kind of narcissist is afraid of encounters with the opposite sex and is even more afraid of emotional involvement or commitment that he fancies himself prone to develop following a sexual encounter. In general, such a narcissist withdraws not only sexually – but also emotionally. If married – he loses all overt interest in his spouse, sexual or otherwise. He confines himself to his world and makes sure that he is sufficiently busy to preclude any interaction with his nearest (and supposedly dearest).

He becomes completely immersed in “big projects”, lifelong plans, a vision, or a cause – all very rewarding narcissistically and all very demanding and time consuming. In such circumstances, sex inevitably becomes an obligation, a necessity, or a maintenance chore reluctantly undertaken to preserve his sources of supply (his family or household). The cerebral narcissist does not enjoy sex and by far prefers masturbation or “objective”, emotionless sex, like going to prostitutes. Actually, he uses his mate or spouse as an “alibi”, a shield against the attentions of other women, an insurance policy which preserves his virile image while making it socially and morally commendable for him to avoid any intimate or sexual contact with others.

Ostentatiously ignoring women other than his wife (a form of aggression) he feels righteous in saying: “I am a faithful husband”. At the same time, he feels hostility towards his spouse for ostensibly preventing him from freely expressing his sexuality, for isolating him from carnal pleasures.

The narcissist’s thwarted logic goes something like this: “I am married/attached to this woman. Therefore, I am not allowed to be in any form of contact with other women which might be interpreted as more than casual or businesslike. Therefore, I refrain from having anything to do with women – because I am being faithful, as opposed to most other immoral men.

However, I do not like this situation. I envy my free peers. They can have as much sex and romance as they want to – while I am confined to this marriage, chained by my wife, my freedom curbed. I am angry at her and I will punish her by abstaining from having sex with her.”

Thus frustrated, the narcissist minimizes all manner of intercourse with his close circle (spouse, children, parents, siblings, very intimate friends): sexual, verbal, or emotional. He limits himself to the rawest exchanges of information and isolates himself socially.

His reclusion insures against a future hurt and avoids the intimacy that he so dreads. But, again, this way he also secures abandonment and the replay of old, unresolved, conflicts. Finally, he really is left alone by everyone, with no Secondary Sources of Supply.

In his quest to find new sources, he again embarks on ego- mending bouts of sex, followed by the selection of a spouse or a mate (a Secondary Narcissistic Supply Source). Then the cycle re-commences: a sharp drop in sexual activity, emotional absence and cruel detachment leading to abandonment.

The second type of narcissist is mostly sexually loyal to his spouse. He alternates between what appears to be hyper- sexuality and asexuality (really, forcefully repressed sexuality). In the second phase, he feels no sexual urges, bar the most basic. He is, therefore, not compelled to “cheat” upon his mate, betray her, or violate the marital vows. He is much more interested in preventing a worrisome dwindling of the kind of Narcissistic Supply that really matters. Sex, he says to himself, contentedly, is for those who can do no better.

Somatic narcissists tend to verbal exhibitionism. They tend to brag in graphic details about their conquests and exploits. In extreme cases, they might introduce “live witnesses” and revert to total, classical exhibitionism. This sits well with their tendency to “objectify” their sexual partners, to engage in emotionally-neutral sex (group sex, for instance) and to indulge in autoerotic sex.

The exhibitionist sees himself reflected in the eyes of the beholders. This constitutes the main sexual stimulus, this is what turns him on. This outside “look” is also what defines the narcissist. There is bound to be a connection. One (the exhibitionist) may be the culmination, the “pure case” of the other (the narcissist). 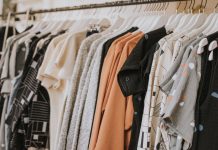 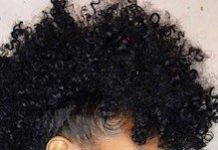 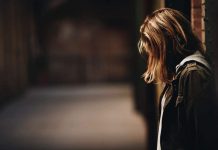