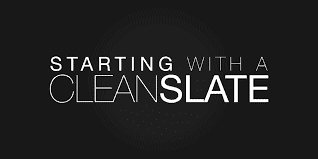 HAPPY NEW YEAR to everyone!

Of course, I used yesterday as a holiday, so this is my first post for the year of 2012. WOW, it is so weird writing that. There’s something to be said for the NEW. People love new things. New cars, new homes, new clothes, unique jewelry, new friends, new relationships, new jobs, new hairstyles, new shoes, new handbags, new coats, new music, etc.. There’s something about this human condition that gets excited when we are presented with the NEW of something. There must be an endorphin release, which then sends a message to the brain saying this looks good, smells good, and is GREAT TO HAVE. When a person is converted and becomes saved, that NEW APPEAL of the GOD relationship has the same draw, and an even greater savor and flavor if you will.

People make all of these plans and resolutions to begin their lives anew at the start of each calendar year. It’s as if there is some invisible line drawn where you will do everything you know you do not want to continue doing and get your fill in of that before the 31st while making plans for every bit of behavior modification but not a moment before the 1st of the year. The entire thing is confused if you ask me. How in the world does man miss the NEW of the NOW??? Every day begins with a NEW DAWN, a new DAY that is here but for a time and never to return. We receive a NEW SHINING of the SUN, a NEW set of 24 Hours, and every bit of a NEW OPPORTUNITY to be right, do right and change who we’ve been and how we’ve done things. You don’t need a life-altering event or trigger to make that change. The only thing necessary is the outlook that you are given NEW every day as soon as you wake up to SEE another day.

Don’t live in the despair or the regret of you yesterday. Don’t live in fear and anguish of what you feel you may have to face in your tomorrow. Don’t even subtract from the beauty, the value, and the priceless measure of this day, this brand NEW day, by being held hostage by yesterday’s regretting sentiments, or tomorrow’s coming anguish. Instead, try this. The Bible says, do not let the sun go down on your anger, meaning don’t ever take to sleep with you any ought to discriminate against anyone. What if we were to transfer and use that same principle and refuse to allow the sun to go down on ANY vibrational energy or sentiment as it relates to ourselves, our choices, or our outcomes? What if we were to suddenly begin forgiving ourselves 70*7 in a day in addition to our neighbor? Could you imagine that: Human beings walking in the real-time, unconditional, forgiveness of themselves?

I know that for me, I have made some mistakes in my past… and no, I am not talking my past as in last year although that would be the truth. I am telyou ling the previous year as in the day before yesterday’s REAL TALK. There comes the point in time when you become so tired of making mistakes that when you find yourself a repeat offender of what you should have known better than to do, that you begin to feel there’s no hope. Now I remember that passage that says, “…that I would not want to do I would do”. I believe that our most formidable enemy our entire lifetime is ourselves because we allow the adversary entry into ourselves and our self which is then like being infected with a recurring cold or flu (depending on your ailment).

We must learn to be creatures of only the BEST HABITS possible. We must learn to inhabit behaviors of WALKING IN THE NOW by forging through the NEW of it all REAL-TIME. We must learn to have agape love for ourselves and our transgressions and falls (because I believe there is no such thing as failures) so that we can practice and develop the skill enough to transfer that sentiment towards others and make this world a better place. So yes, I’ve had to let the sun go down on yet another mistake I’ve made and live with the repercussion of the pain of that mistake, but not the regret of it. You see, once you’ve sincerely repented for a transgression, GOD is just to forgive, so now it’s your turn. Do not allow your mind to convince you of anything other than you get a NEW SLATE. Now take that NEW SLATE and create a masterpiece, because at the end of your 24 hours to do so, what you etch and sketch will be gone, and you’ll be called to create another!