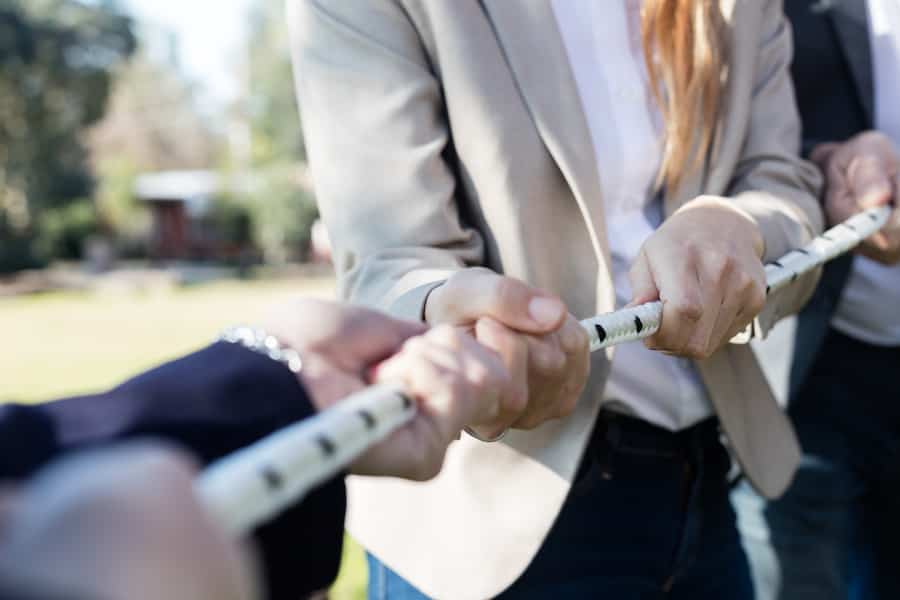 WORK HARD PLAY HARD. My team knows that, and I foster that type of environment within my companies.

Not too long ago, I hosted a weekend event at my home. When I bring people into my space, I want them to feel comfortable. I want everyone to have a good time. At one point, I walked over to an old buddy of mine who seemed somewhat lost. I asked him what was up. As the people toasted, ate, and laughed, he was withdrawn.

I know that he’s had it tough. Anyone who was an adult before the recession of 2008 knows we live in a new world today. Most all of us took a hit in one way or another. Psychologically, I know it still hurts for many.

The economy is picking up, and my buddy was telling me that he was looking to start a new business. Admittedly, he was having trouble finding permanent work. He was tired of going from gig to gig. Why pay someone who’s in his 40s or 50s what they would have been worth before the recession when you can get some young twenty-something to do it for a quarter of the price? And in the new “gig economy” why pay permanent staff when you can get freelancers? I get it. Unfortunately, many people will never earn what they used to make before the recession in a job. It depends on how well they have adapted to the new rules.

That’s just a fact of life. The nature of work has changed significantly, and it’s never going back to what it was.

My buddy was thinking of starting his own business, and he was wrestling with the sacrifices he and his family would have to make. He was tired. He did not want to start over again in his 50s to make serious money. But he was sick and tired of not making what he was accustomed to making. Psychologically, when you have it and lose it, it’s tough. If you never had it in the first place, you don’t have that type of context.

I asked him a few questions, and from his answers, I told him that it sounded as if he had already made up his mind. He was going to start his own business again. He was tired of earning less than what he thought he was worth. And, yes, in today’s world it makes a whole lot more sense to strike out on your own.

So then I asked him the question, “What’s stopping you?”

He looked at me and paused. He thought about it for a long while and then answered that it was probably him. He had doubts about being able to do it again in his 50s. He knew the lift would be hard. He worried about his wife and family as he began to focus on this new business. He was concerned about what he would have to give up to become a successful entrepreneur.

Essentially, it would take everything he had in him to muster the energy to do it. It would require focus, relentless drive, and a lot of family sacrifice.

I looked him in the eye and told him those were all of the reasons he would succeed. You see, the number one reason most people don’t succeed in their goals is that they never start. They dream. They imagine and visualize. But they never put in the relentless effort-consistently. They might dip a toe in the water, but at the first challenge, they give up.

I know my buddy can do it. He’s done it before. Once he makes a decision, he’s like a dog with a bone. He just won’t quit. I understand that it’s not easy to build a castle again after having done it once already. But, the new way of living for him is not where he wants to be.

As I told him, he has a choice. He can remain earning the lower amount of money working for other people at a fraction of what he thinks he’s worth or he can build his own business.

We all have that voice when we hit a crossroads, and we have to decide to go right or left. Trust yourself. And, more importantly, when you face that moment in your own life, do it. Don’t do what a lot of people do-never honestly and consistently begin to chase the dream.

The recipe for success is simple: make a decision, take the risk, begin, work it relentlessly (no matter what), go to sleep, and repeat. No matter what happens and no matter the roadblocks do not quit. Keep going.

You don’t have to accept your reality as it is and if you choose to change it-just do it with all the drive and determination, you can muster. You’ll be doing what most people don’t do. You’ll be getting out of your head and way and making a better life for yourself. It will pay off. Trust me.