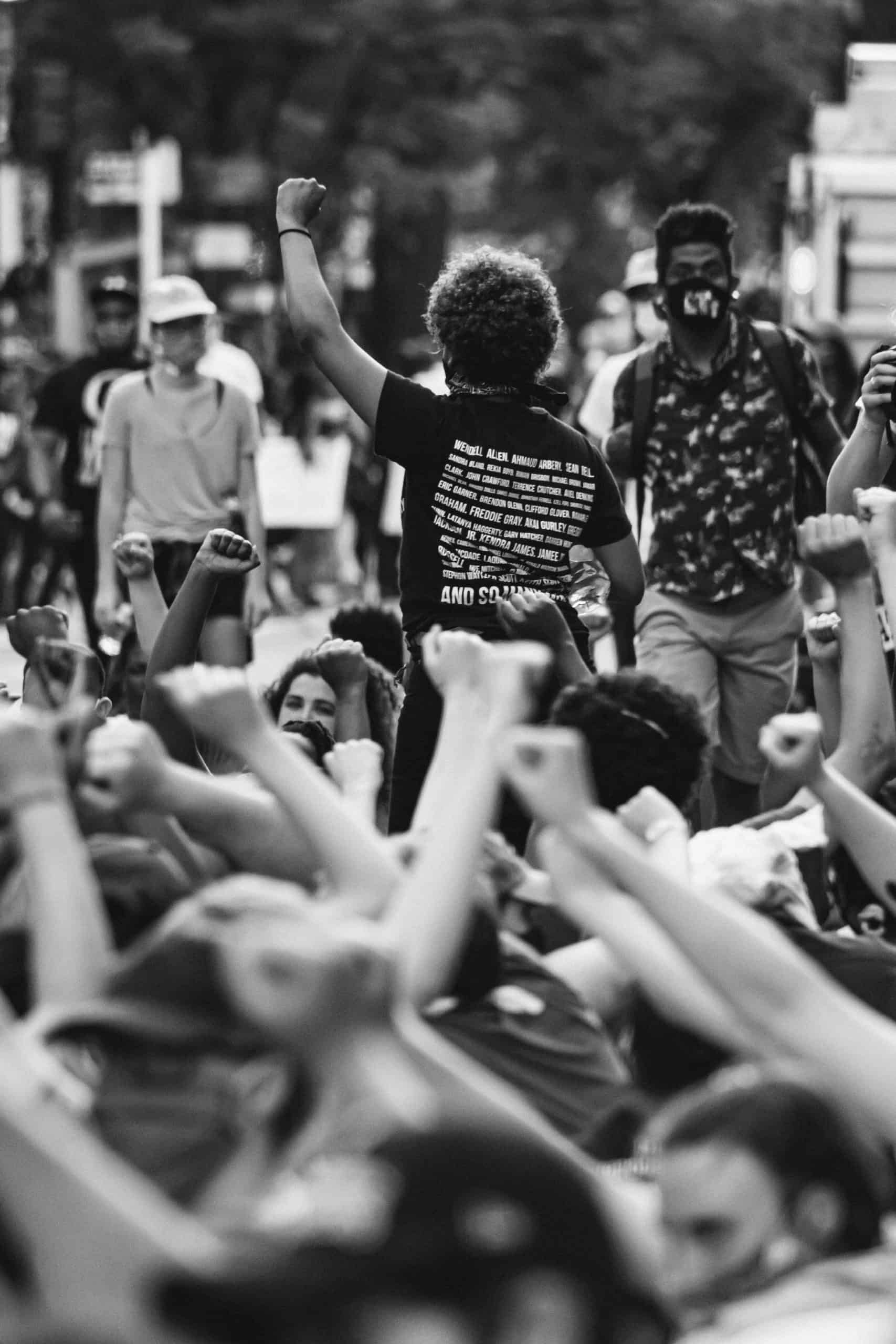 Was there ever a time when your voice was not being heard? Since the beginning of time, women have been passed over in leadership. We have been blatantly ignored, paid less in wages, and taken on the responsibility of being the organizer, planner, and promoter for change. Because we were made to be physically weaker than a man, we have been subjected to abuse, sexually harassed, beaten, raped, blamed, and defamed. But like my favorite poet and author the late Mya Angelou says, “We Rise.”

We carry life within us; we are nurturers to lives we birth. We raise a generation and teach our children the right way to go. We are spiritual, we love deeply, and we are passionate, caring, understanding, and strong. We have been underestimated and shrugged off by arrogance. We have been ignored, but we never give up. We bond in sisterly love and fight to fix wrongs and make them right. We stand together in changing a broken system and speak out in changing a negative mindset to positive thinking. Women have always played an active role in the struggle for universal suffrage. Women have participated in political meetings and organized political societies attended political conventions at the local churches where they planned strategies to gain the right to vote. In the late 1800s, more black women worked for churches, newspapers, and colleges which gave them a larger platform to promote their ideas.

Despite the hard work, many people did not listen to them. Black men and White Women usually led to civil rights organizations and set the agenda. They often excluded black women from their organizations and activities. Unfortunately, the National American Woman Suffrage Associated Prevented Black women from attending their conventions Black women had to often march separately from white women in suffrage parades.

When Elizabeth Cady Stanton and Susan B. Anthony wrote the History of Woman Suffrage in the 1880s, they featured white suffragists while largely ignoring the contributions of African American suffragists. Though Black women played an important role in getting the Fifteenth and nineteenth amendments passed, many were not remembered, nor given the recognition for their contribution to this historic change. Today we see the long and hard struggle that has paved the way for women of color. Today we witness a woman of color making history by becoming not only the first woman but the first black woman elected to serve as the Vice President for the United States of America. Kamala Harris is a Role Model for women of all ages and colors. In Camden New Jersey we are witnesses to another woman who is looking to step into leadership and fix a city that has been labeled as the Poorest in America. Mo’Neke Ragsdale was born and raised in Camden New Jersey. Camden was once a prosperous city filled with manufacturing jobs and business opportunities, after the manufacturing plants closed and businesses moved out of Camden, new leadership role and took over the city. Camden was run by a political machine boss who controlled elected officials; law enforcement; the legal; education boards, elections, media, real estate, businesses, and many people which were controlled by jobs.

The political boss machine has influence with state legislators and a close relationship with former Attorney General at the time Christopher Christie who later became Governor for New Jersey. The boss machine-controlled and dictated legislation, implemented laws that have benefited his businesses and special interests. The prevailing mantra is: If you do not do as you are told, you will be punished by the machine and/ or one of its many acolytes. Residents live in fear of retaliatory actions which may result in job loss, defamation, or (some claim) even death. It is an authoritarian, dictatorial system where the dictates of one unelected individual have the final word and are the ultimate authority.

On the Camden waterfront, arguably the most lucrative real estate in the Southern half of the state, millions of dollars (in the form of tax incentives) went into businesses that promised to bring high paying jobs. But those promised jobs were transfers and only a few new jobs came to the city. The waterfront and downtown areas saw a flurry of development and new construction, in the outlying communities of Camden streets are in various stages of crumbling roads, potholes, and disrepair. Burned out abandon homes and businesses depress the value of homes; areas of the city are run over by drug addicts living on the streets, in abandoned buildings, under overpasses, and in tent cities. Sadly, at times, it’s as if one were watching a scene from “The Walking Dead.”

The billions of dollars spent in Camden have not benefitted the residents, instead, their lives have been left in ruins. To add insult to the injury, the residents of the city experience a revolving door of local elected officials who serve the interests and at the pleasure of the political boss, with little or no consideration for either the will or interest of the people.

Mo’Neke Ragsdale is a life-long resident who grew up in Camden and became actively involved in the local branch of the NAACP. According to Mo’Neke: “the NAACP was the only civil rights organization in the city geared and ready to fight social injustice”. With this thought in mind, she decided to become a member. Shortly after joining and attending a few meetings, she realized there was both a lack of members and visibility at the Camden branch. Since the city of Camden had achieved the perennial ranking as the nation’s poorest city. Mo’Neke felt it was time to rebuild and re-educate the community about the disparaging conditions that were obstacles to their quality of life.

The people of Camden have been fiscally raped by a political machine and its operatives who have been in control of the billions of dollars that have come into the city over the past 40 years. Recently, former Governor Chris Christie signed legislation that provided more than $265 million, ostensibly for job creation and community revitalization. However, according to Mo’neke and others, the money did not go to its intended beneficiaries going instead to wealthy corporations and politically connected allies of George Norcross. In the meantime, communities outside of the downtown/waterfront area continued to deteriorate, roads fell further into disrepair, buildings continued to crumble and those living in impoverished communities watched as their neighborhoods fell deeper into decay.

Mo’Neke believes the NAACP is the vehicle for exposing the deplorable living conditions of Camden’s residents and address those issues and concerns long ignored by the political apparatus and to begin fighting for the rights of the people. The NAACP played a pivotal role in the civil rights movement of The 1950s and 1960s. One of the organization’s key victories was the U.S. Supreme Court 1954 decision in Brown v. Board of Education that outlawed segregation in public schools.

The NAACP (National Association for the Advancement of Colored People) was founded with the goal of fighting for racial equality for Black Americans. From its inception the organization worked to fight segregation laws, discrimination in housing, education, employment, voting, and transportation and to oppose racism, bigotry, and discrimination in all its forms and further, to ensure Black Americans were able to exercise their Constitutional and Civil Rights. The NAACP was established in 1909 and is America’s oldest, largest, and most renowned civil rights organization. It was formed in New York City by white and black activists, partially in response to the ongoing violence (lynchings, disenfranchisement, and other crimes against humanity) being perpetrated against Black Americans across the country.

Mrs. Ragsdale has traveled across New Jersey, participating in workshops, seeking to empower residents through rallies, sitting on panels, providing testimony, and participating in legislative actions in the interest of education reform and children’s services. She has testified countless times both locally and at the state level on behalf of Camden’s residents. Mo’Neke has been recognized countless times for her parental involvement, community service, and advocacy.

Mo’Neke has said that nothing can be fought alone. You need each other to build and make a difference. There is power in numbers and together we will fix this system that has failed the people. She credits Vida Neal for her strength and for being a voice. Vida has been fighting for the people and the children of this city her entire life. She too is someone who has stood up for the rights of the people Mo’Neke said there are so many women and men who are standing on the front line of the poorest city in America to provide a better quality of life for the residents and the people throughout this city, county, and state. Together we can fix this broken system!

Mo’Neke said she could name dozens of people who have contributed to this movement but wants to see newly elected leaders who are not controlled by a political machine run for office. She would like to see justice prevail and those who have had their civil rights violated be held accountable. Mo’Neke wants the NAACP to help the people fight a political boss machine that has destroyed lives and used his influence to suppress voters and return the same political puppets back in position. She wants the public schools to be restored and given their fair share of funding; clean up the entire community, not just the waterfront area. Mo’Neke, wants jobs for those living in her city who have not been given a chance or opportunities. She hopes the NAACP will recognize and see the disparities that have plagued this city for so long under this political boss machine She feels there needs to be reform on many levels and having the NAACP behind the Camden Chapter will help fix the poorest city in the Nation. The NAACP has the tools and years of leadership to help their chapters who are fighting for the rights of the people.