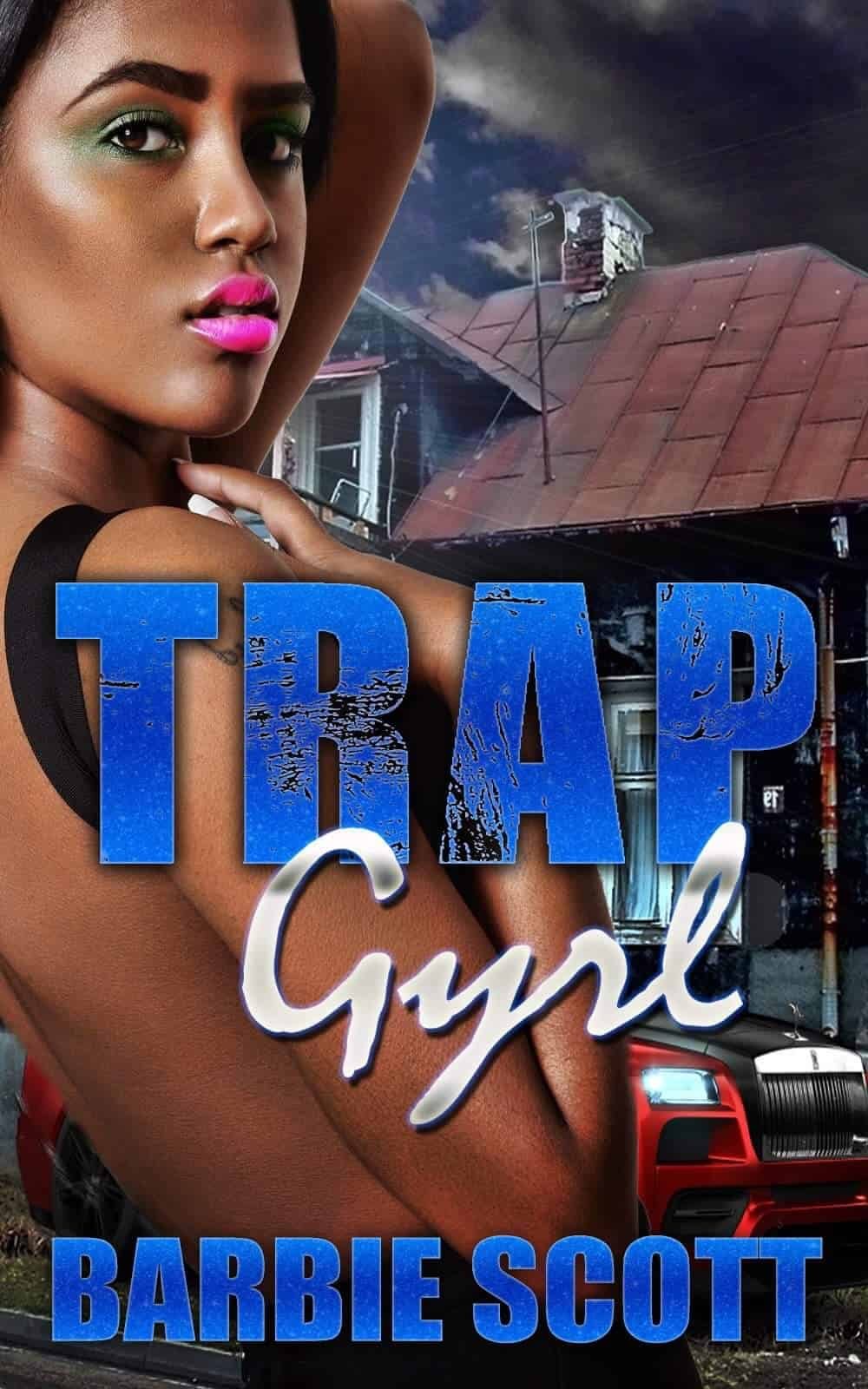 A “Hood Romance Author” is how she likes to be described. Hustle Mama Magazine introduces to you, Barbie Scott. A California based writer who is using her God-given talents to the fullest.

Get to Know Barbie Scott

Growing up in a Trap has been bittersweet for this young author. However, it was a life lesson. Overcoming her suspenseful life in a gang, Barbie Scott has taken a more positive turn. “Barbie Scott, you have been through so much you need to write a book!” Those are the words Barbie normally from people that knew her stories (or better known these days as her truth). In 2016, Barbie was introduced to the ‘Authors Game.’ Adjusting her crown, The Queen began to write a very anticipating book series entitled ‘Trap Girl’ that reflects on her own life. The self-published author has written over 30 novels in such a short time and has over 20 published on Amazon. She has also sold thousands of copies street-wide from the trunk of her car. Her motto is “From Bricks 2 Books,” and she’s blessed to say she has made it this far and has become so passionate about her craft. Now stepping into film, she recently shot a sizzle for “Trap Girl,” in hopes of being picked up as a television series. The book game is no more accessible than the rap game and the TV/movie industry. It starts with a manuscript, but the hard work comes with creativity and drives to make these publishers recognize your skill.

“Street Chic With A Vision!”

HMM:   Tell us a little about your most recent book? What is the title, and what and who inspired you for this story line?

BS:   My most recent book is titled “A Boss Got Me In My Feelings, But A Savage Got My Heart” It’s a story about a girl who’s abandoned by her mother and went from foster home to jail. When she was released, she meets a young guy who takes her in. This guy is cocky, a true savage but lovable. Anyhow! He takes her in and provides for her. He has dreams of becoming a rapper, but he’s so consumed with his mother’s drug addiction he puts his life on hold. After some time, the girl “Lyric” becomes a stylist and lands a gig for a major producer. She sleeps with the producer to get Royal Kane a deal but then regrets it. I don’t want to give up any more of the book, loll. The story is inspired by life experiences as far as how people let fame change them. That’s what happens in this book with money and fame – Royal changes.

HMM:    Are you independently published? Yes? No? If no, please advise who are you published by?
BS: Yes, I am both. Miss Shan publishes me at Shan Presents, and I am also an independent author as well. I believe in the great words by Malcolm X, “By Any Means Necessary!”

HMM:     What was life like growing up for you? What kind of family did you grow up in?
BS:    Life growing up was rough only because of the violence I had to escape. Other than that, I had a crazy but dope family. My grandmother is a full-blooded Cuban, so we spoke Spanish around my home. Spanish was the first language I learned. My family is very close. At a very young age, I was caught up in a gang, and I was also raised in the Trap. Nothing to be proud of, but I’m proud of my accomplishments. I did not let my past life deter me from becoming a positive role model.

“From Bricks to Books!”

HMM:    How old were you when you knew this was your calling and what you were possibly going to do for the rest of your life?
BS:   When I was in junior high, I always wrote poems. I didn’t expect to become a writer professionally. About the age of 24, I picked up a pen and began writing my first book. Everyone that knew me always encouraged it. So finally, I gave it a shot. At the time I was an avid reader, I knew what would excite readers. When I got to about chapter 7, I tossed it to the side. Years later I picked it back up, only this time I used a laptop. I completed it. I got discouraged due to editing issues, and I almost quit (again). One of my friends checked the hell out of me and said: “You better write something else, but you better not give up!” So, I started writing “Trap Girl,” which is my best and favorite book written. I found another editor, and since then, I have not stopped.

HMM:   Are you involved with any workshops, and as an author, how do you help others accomplish their dreams, and what advice do you have for new upcoming aspired writers?
BS:   I’m not in any workshops or anything, but I do consultations via Facebook or Instagram. I want to tell any writer that’s up and coming never to give up. Make every story you write, whether its fiction or real, as realistic as possible. The goal is to capture your readers and make them feel like they are in the character’s shoes. Another thing, especially for male authors, no matter what, there should always be some love story in your novel. Remember, women are your biggest supporters, and women love a damn good love story. I am speaking as an author, a reader, and, most importantly, a woman.

HMM:      What books have you written? Have any been done as a playwright? BS: I’ve written tons of books, but my favorites are the “Trap Girl” series, there are five parts to the series. I’m also in love with “Me, U & Hennessy” and “Stealing The Plugs Heart.” “Trap Girl” is being pitched for a television series. I’m praying it gets picked up. So far, I only shot a sizzle reel. It’s going to be dropping soon. Another message for authors, “never be afraid to invest in yourself.” I took every dollar I had to my name and shot the sizzle. I spent $12,000.00 for 10 minutes. I don’t worry about the money, because if I put my heart and soul into it (which I normally do), I believe one day it will pay off. “Believe in your craft.”

HMM:     Would you consider yourself a driven person? What makes you a “Powerhouse”? What is the source of your strength?
BS:    The source of my strength is my life; my past life motivates me. The crazy thing is most people do not realize that your past can either make you or break you. I chose to allow my past to drive me to be who I am today and become better tomorrow.

“Turn Your Pain Into Your Greatest Purpose!”

HMM:    Are you currently working on any new books?
BS:     Of course, my pen does not stop! By 2020, I’ll have about 60 books. Loll. I’m working on a novel now called “A Hot girl Summer” that comes out in September, and I’m releasing “Heartbreak In The Hood” on or about August 10, 2019. HMM: What can we expect from you in the future?
BS:   TV shows and movies on the big screen and Netflix, whatever I can get my hands on, and whoever is willing to give this street-chic a shot.

HMM: How can they purchase a copy of this book?
BS: All my books are available on www.amazon.com, and for paperbacks, visit www.authorbarbiescott.com .

Women in Business: The Global Rise of Female Entrepreneurs

Business Ideas for Women Looking for a Side Hustle