This is an area under debate at the moment and some people are clearly struggling with it. They know that plus size is popular and is a hot topic for discussion and they wish to participate and comment on the plus size market. But what is “Plus Size”, what does it mean and how do we view it?

The words “Plus Size” are used to refer to clothing for larger people, there is a wide area of debate around what is considered to be large, where does it start? Size, 10, 12, 14 or 16?. The debate then also becomes associated with health issues as many people consider that larger people are automatically unhealthy (this is untrue). The Fashion Industry is totally focused on how people look and larger people do not figure on mainstream fashion’s radar. This is regrettable as a lot of people are larger than the models generally used by the fashion industry (they are then expected to buy clothes modeled on thinner women). It is interesting that the fashion industry is associated with thinness which itself can also give rise to health issues. It seems that people (both large and thin) slightly outside the “norm” are viewed and treated differently though interestingly in certain circumstances both are perceived as being “unhealthy”.

However these perceptions are being challenged somewhat because people are getting larger and what used to be considered “plus size” is now much more common than previously. Dress sizes have become larger over the years but have remained labeled as previously known as “Vanity Sizing” to make customers feel good about themselves. Typically the fashion markets are driven by designers setting trends. Their work is an art form and is displayed in an artistic manner. Ready to wear on the high street takes it’s cues from these trends although you also get designers who set their own trends for their market.

Ready to Wear is worn by much wider age and size groupings than shown on the Couture Catwalks, and a lot of the trends seen on the catwalk do not necessarily transfer well to the normal market. So while the “Plus Size” market may not be “media” popular they represent a good portion of people who shop for clothes.

The term “Plus Size” is commonly used in the USA but is less common here in the UK, it is a commonly used search term on Google but it’s not really that well used here in the UK. Media doesn’t really know how to handle it and this was never more clear when we saw the Vogue Italia cover for June 2011. It features 3 beautiful women photographed in lingerie. These women are plus size models and while it is wonderful that Vogue featured them on their cover is a shame that they felt it necessary to photograph the women semi naked and with one of them posed somewhat inappropriately.

Editor in chief Franca Sozzani launched Vogue Curvy in February and the June 2011 Cover of Vogue Italia was aimed at helping promote Vogue’s new affinity with plus size women. It is excellent that Sozzani has a launched Vogue Curvy, is this mainstream fashion recognising that there are lots of women out there who are curvy or plus size and who demand that their fashion needs and desires be catered for? On an equally positive note Sozzani is also campaigning against web sites that actively promote anorexia which the fashion industry has been blamed for encouraging in the past. So well done to her for taking an active stance on this issue. In time perhaps the fashion media will focus on fashion as opposed to the size of the individual wearing it. After all everyone has the potential to be elegant and beautiful regardless of their size.

“The Cut” blog also posted an article “No One Seems To Know What A Plus Size Model Really Is” and they featured some quotes from Madeline Figueroa-Jones editor-in-chief of Plus Model magazine. Interestingly “The Cut” featured a photograph of one of the covers from Plus Model Magazine and of all the covers they could have chosen they chose a cover with models wearing lingerie and posing provocatively. Plus Model Magazine has plenty of covers showing larger women wearing beautiful clothes. So it was a shame that both of these well travelled web sites chose to somewhat cheapen plus size women by showing them in skimpy lingerie (however well photographed).

Both Vogue and The Cut could have chosen photographs showing plus size women wearing beautiful clothes and illustrating the fact that larger women can look just as fabulous as other women and that fashion should be about fashion and not body size. Designers could also look at the world slightly differently and if they were brave they could view curvy women as presenting them with an opportunity to design clothes that flatter curves and to allow them to make a different and new fashion statement. At Vida Moda we argue that curves are required to wear clothes really well! It is part of our mission to find beautiful clothes for larger women that will flatter and make them feel and look wonderful.

SHOULD YOU TELL OTHERS ABOUT YOUR PLASTIC SURGERY? 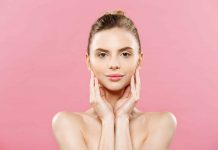 What to Know About Natural Beauty Products