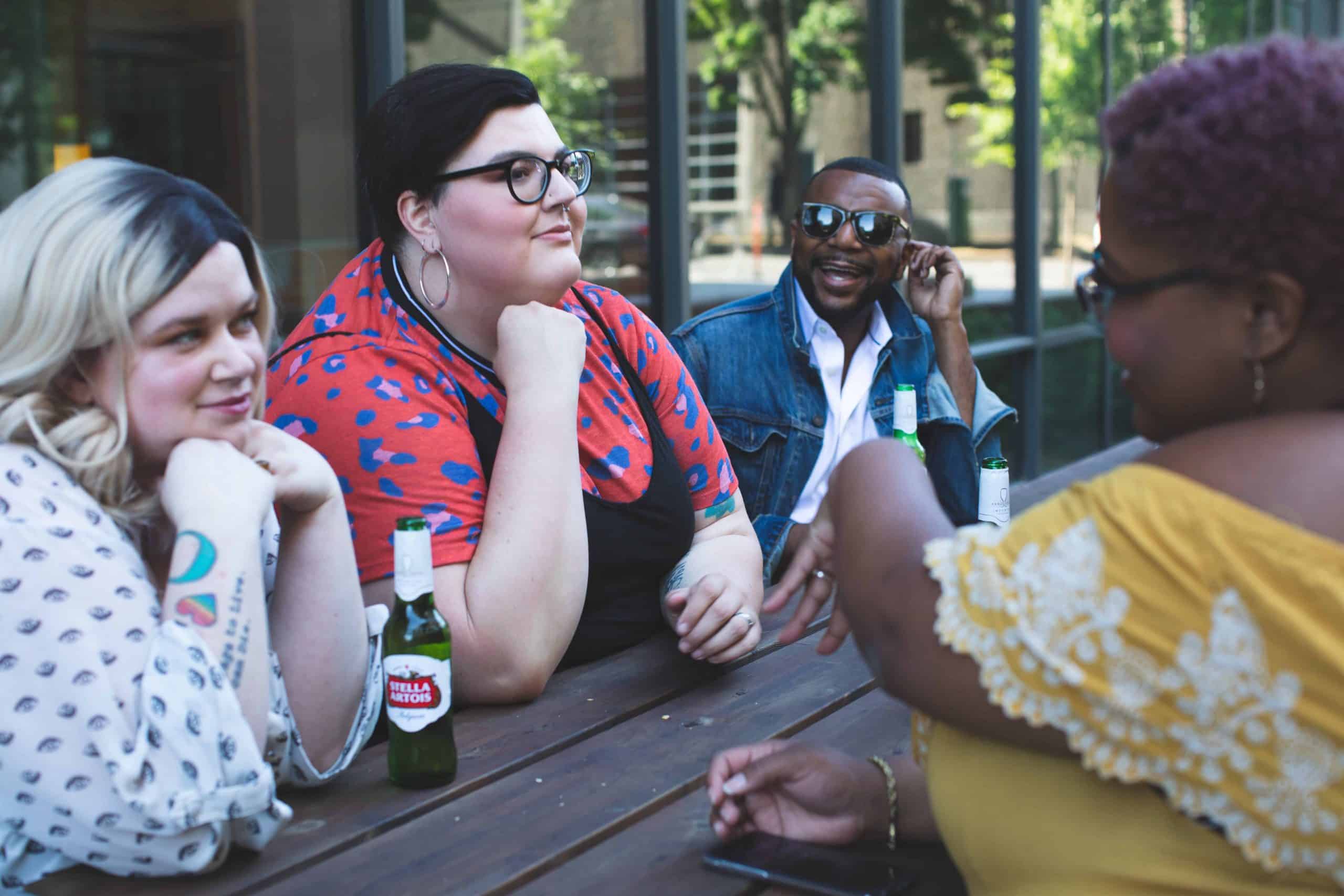 Obesity has been a societal problem for years. It’s really nothing new.

Society has produced a nation of people in denial about weight loss and beauty. The media tries to convince the viewers that it’s OK to be a little on the heavy side. But in reality, real-life doesn’t play out the way we see on TV.

The truth is that obese people will never be accepted as usual. People will rarely say it to your face, but they will show it with their actions. In many undercover stunts where a skinny celebrity goes under a transformation to look overweight, they get a huge eye-opener! They become aware of the discrimination that fat people endure on a day to day basis.
The fact stands that when you walk into a room, nobody is going to say, “Wow, what a beautiful mind she has” or “She has such a great personality.” If they say that, the next thing is, “but she’s too overweight.” That’s because society in America is conditioned to hide or ignore the truth.

They say the truth shall set you free!

My Mother studied in college for eight years and got a master’s degree. When she was doing her internship at a children’s center, she had been promised a job by the person in charge of the program there. In that time, the person in charge left, and a new person came to replace them. Although my mom had the qualifications and experience, they did not give her the job. She reminds me of this story all the time, and she always says that it happened because of jealousy, but I know it was because she was just too overweight. I only say that because she had applied for other jobs, and when she would show up, she would be turned down, even though she had all of the experience and qualifications they required.

At my heaviest, I was about 312 lbs. I was oblivious to how people discriminated against me because my family subconsciously taught me how to ignore the comments and treatments. You see, when a person is very overweight, they build up walls. This defense permits the person to eat more and more till they become very obese and unhealthy. My family used pride as a defense against looks and discrimination. At the time, I didn’t see what was going on, but when I finally lost some of the weight, I understood that I was using emotional walls to back people away because I was so heavy. I used my fabricated reasons to make excuses as to why I was so overweight. Let’s see if any of these excuses are familiar to you.

Whatever your excuse, it will never overshadow that society will treat you a certain way if you are obese or thin. I’ve been on both sides of the scale, and I must say I like being on the smaller side way better. I am in no way close to being at my best yet, but since I have lost some of the weight, I’ve noticed a considerable change in the way people are treating me. Sometimes it’s terrific, and sometimes it isn’t right.

For example, there are times when I might be on the NYC subway with my son, and young girls give me a dirty look because they assume I am his girlfriend! After losing some of the weight, I look younger somehow, and it causes women and girls to be envious of me. I know this because I was told by a young girl one time.

We were at the Department Of Motor Vehicles because my son wanted to get his driver’s license. He was still underage, so I had to go with him. When it was his turn, we both came up to the line because I knew I had to sign something. The young lady behind the counter spoke to him very hastily when he asked, “Where’s your parent? You can’t be here without your parent!” My son turned to me and said, she’s right here!

Although I was standing there the whole time, she didn’t know I was his Mother. After she realized she said, “Oh, I’m sorry, I thought she was your girlfriend.” On the other side, there have been times when it is a good thing because I blend in nicely when I am with a younger crowd.
I take good care of my skin, exercise, and drink lots of water because It pays well to look good. They say beauty is in the EYES of the beholder, and that’s why I make sure peoples eye’s are beholding something pleasing. Your appearance is the first thing people will see when they meet you. Make sure they give you the respect you know you deserve. It’s not vanity; it’s called LOVING YOURSELF.