Every person has their bucket list of places they want to see in their lifetime. We get fascinated with Discovery Channel, Nat Geo Wild, or even Travel channel.

I have been fortunate enough to visit every single continent except for one and soak an experience in that nobody else gets to do.

It’s incredible how each city is similar or different to another location somewhere else on the globe. I find that in every town there is a little bit of that international influence anywhere you look or in any history you learn. Let me give you a personal example.

Speaking of hitting the continents and seeing the endless world, I have just gotten back from ten days in Buenos Aires, Argentina. The city was beautiful, but the customs were different than in the states. I found that when I looked around the town, I ended up calling it a South American version of New York too. Personally, I feel every city has their own New York, USA. For example, in Asia, I would probably point out Shanghai, China. Walking around Argentina, you will see an abundance of Italian architecture such as apartments with elaborately styled balconies among much more. Where New York comes in is there are taxi cabs everywhere, the city never sleeps, and everywhere you look there is some shop or vendor.

Unlike the American stereotyped, loud mouth, rude New Yorker, Argentinians give excellent care for their homeless. Other than homeless shelters in the states, I have never seen people freely letting the homeless and their children sleep in indoors and also provide them with blankets. Now if only we could help get our homeless back on their feet and do something like that. Every little bit helps change the world in a big way.

Looking at a different part of the spectrum, there are some cool eye-opening things about experiencing different cultures. For example, when I went to China back in 2014, the Chinese locals wanted to take pictures with my school group because we looked different. My teacher had to grab us by the arm and string us along so we could follow the rest of the group, and let alone our guide. I would have thought I was on the same popularity status as Ariana Grande, or Taylor Swift for that matter. While I was there on 3 cities in 10 days tour, I got to see a Chinese school, do Tai Chi with a master, walk the Great Wall of China, as well as enjoy real food.

Nothing beats spending my winter break from my first year of college in Australia. Australians know how to show you the city they love, and especially, they know how to party on New Year’s Eve. The fireworks show at the Sydney Harbor Bridge is spectacular, especially when spending a good chunk of money on fireworks, to begin with. At night, you can see big ships and the Sydney Opera house all lit up with different flashing lights. It is a real sight to behold. While you are on vacation, there are tons of free walking tours led by university students and also tons of wildlife centers and zoos. You can even get your picture taken with a koala, and yet as soft as they look, just remember their nails aren’t .

Traveling is different for different people depending what you like. Europe has tons of history and old architecture, the Caribbean has warm sun, and beautiful weather, Africa, and Australia have an absolute ton of different types of wildlife. The point is, if people do not see something or experience something new, at least once, they are missing out. Some people are more financially privileged than others, but that doesn’t stop you from getting in your car and seeing the 50 states Everyone can go on an adventure someway somehow, you have to plan. 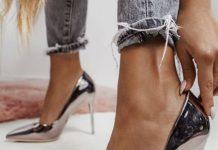 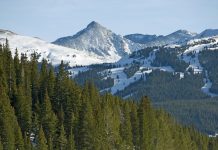 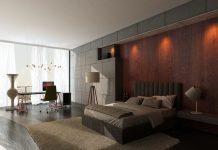 Timeshare vs Hotel-What Is Right For You