A man, his business, and his MANROCK!

TITANIUM ENTERTAINMENT’S CEO, G. STALEY, GREW UP ON THE SOUTHEAST SIDE OF WASHINGTON, DC IN A DEVOUT CHRISTIAN, SINGLE-PARENT HOME AFTER HIS FATHER’S DEATH.

AS THE YOUNGEST OF 5 BOYS AND 1 SISTER, AND AFTER BEING TEMPTED FROM NEIGHBORHOOD INFLUENCES ALONG WITH AN OLDER BROTHER, STALEY FOUND HIMSELF FOLLOWING IN THE FOOTSTEPS OF THOSE AROUND HIM.

AFTER ENTERING AND SPENDING YEARS IN THE STREET GAME, AND GOING TO JAIL ON A CONVICTION, THINGS BEGAN TO CHANGE.

THIS YOUNG MAN TURNED HIS ENTIRE LIFE AROUND AND IS BUILDING A BRAND OF ENTERTAINMENT AND ART UNLIKE ANY YOU’VE EVER SEEN BEFORE. EVERYTHING THAT HE HAS ACCOMPLISHED, HE ATTRIBUTES TO HIS FAITH IN GOD AND HIS CHRISTIAN WALK.

HE ALSO SAYS THAT HIS WIFE HAS BEEN EVERY BIT THE BACKBONE OF HIS SUCCESS AS SO MANY OTHER SUCCESSFUL MEN WITH COMMITTED SPOUSES.

HE’S BRINGING A STANDARD TO ENTERTAINMENT THAT IS ON A WHOLE DIFFERENT LEVEL, AND WE HAD THE OPPORTUNITY TO SIT DOWN WITH ONE OF HIS NEWLY SIGNED ARTISTS, MANROCK.

HMM: When did you know this was what you wanted to do? What is so special about this music for you?

MR: When I heard KRS1 and the Love is Going to Get You song being performed on the Arsenio Hall. I got goose bumps. That is when I knew. Also, it was at my first talent show in Camden, NJ in front of a big crowd. Once I saw the crowd getting into my performance, that is when I knew this was what I wanted to do. Music is my way of communicating. If I’m able to paint a picture, use a metaphor and put it in a rhyme, that is what I do best and when I’m in my flow. I express myself better that way. A lot of things that I do give back to people through my music. It’s one thing when people think your song is hot and listen to it. It’s another when they feel the song to the point of compelling them to do something. I like seeing them take something from the music.

HMM: What are your thoughts about today’s rap?

MR: Today’s rap game is different. It’s more fun, a lot of colorful people, I don’t think it’s real. I believe people are pretending and lying to people. It’s not the same feeling in the music. Renting cars, clothes, jewelry… it’s not really who they are.

HMM: What makes you and/or your music different?

MR:Aside from my skill I have an authenticity that separates me from all the others. What I speak is going to move you and stick with you instead of something you just rock to.

HMM: What do you want others to know about you?

MR:I’m comfortable being me. I’ve overcome trying to be something everyone else wants me to be. For me to say no I don’t want to drink tonight… being comfortable with being real without caring what others thought about it. It was other people who pointed out the power behind my music to me. I’m the most successful person I know. I’m my own role model. If I spit it, I did it… I don’t need anyone to co-sign what I speak. You will never second guess it because the proof is there.

HMM: Tell me about you as a father?

MR: I am the father of 4 (3 girls, 1 boy 17 yrs. – 6 yrs.). I never disrespect women in my lyrics, and I never disrespect women in my life. I don’t talk about sex in my songs. I’m unapologetic for my story. I seek to deliver uplifting content. My children can listen to my music and sing it too. I don’t hide anything from my children. I feel confident and safe with my daughters.

MR: One bit of advice – Reach for the things that will make you feel comfortable in the presence of your family; things that will have you sleep well at night. Manage the industry temptations – it’s hard… putting off what you want now for what you want most. What I want most is the most supportive partner when I come home who will be there when the cameras are off. If you have someone by your side that’s tested and who’s proved themselves worthy, that’s who deserves your commitment. If a relationship doesn’t produce anything it’s not fruitful. 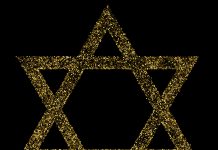 Finding the Beauty in Judaica Art 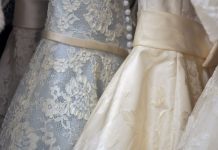 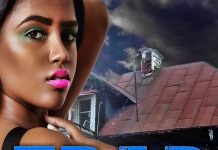