The Victimization of Minority Communities: As a condition of a $50 million payment from Metrolinx, Mosque renounces their 25 year status as a Mosque

TORONTO, Jan. 18, 2022 /CNW/ – When government and government agencies, like Metrolinx, want to dump the worst parts of large infrastructure projects, like a train yard, in a marginalized community, businesses and religious institutions are offered lots of money to not object. In Thorncliffe Park, ON the leaders of the local Mosque run by the Islamic Society of Toronto (IST), and less than 90 of their invited members, made a decision that ultimately only a few people will benefit from, while 30,000 plus residents will be left with a train yard they loudly spoke out against. While IST’s property is only one acre, the Mosque is in the path of the train yard. 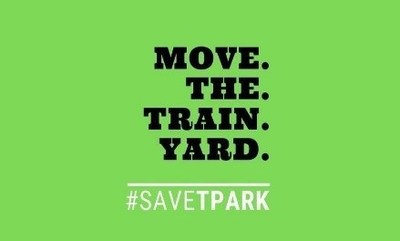 In the Islamic faith, it is widely believed that once a property has been consecrated as a Mosque, it should always remain a place of worship. IST by-laws and IST advertising expressly adopted this age-old rule. IST collected $13,753,921 (past 10 years only) from thousands of worshippers while promoting itself as a Mosque. The Canada Revenue Agency states that the IST premise holds prayers 5 times daily, which translates to over 45,625 daily prayers performed at the Mosque during its 25-year history.

With its status seemingly unquestioned, IST had an opportunity to utilize their foothold of owning a piece of property to strongly stand up for and protect the community from being taken advantage of by an arbitrary process that will result in a train yard in Thorncliffe Park.  A train yard that over 10,000 residents plus their families petitioned against and said a strong no to. Thorncliffe Park seemed to stand a better chance of success compared to the communities of Jane-Finch and Mount Denis, the home of Metrolinx’s two other train yards under construction and unsurprisingly both minority communities.

However, under the veil of a non-disclosure agreement, without acknowledging the communities position, and without involving and sharing any plans with its congregants and the community, IST executives finalized a secret deal with Metrolinx that they apparently worked on since October 2020.  Metrolinx strategically knew whom they had to first pacify, as the community only learned about the train yard on April 8, 2021 – days before the holy month of Ramadhan started.

To move the transaction forward, IST was required to disown the fact that 4 Thorncliffe Park Dr is a Mosque.  On January 9th, 2022, less than 90 IST members, potentially uninformed, voted to renounce the historical status of their 4 Thorncliffe Park Dr property as a Mosque and in essence classify it as a simple industrial property.  For this disgraceful move and to remove IST’s property from being an obstacle, Metrolinx is paying IST just under $50 million.

SaveTPARK’s analysis of the fair market value, for 4 Thorncliffe Park Dr and renovation costs for IST’s secondary property that Metrolinx is paying for, equates to approximately only $20 million.  This leaves $30 million.  What this excess compensation amount is for, is questionable.

Thorncliffe Park is another example, in a long history of similar circumstances, of the continued victimization of minority communities – falling under the umbrella of environmental racism.

First, followers just believe what the self-proclaimed leaders tell them.  No government or government agency would aggressively pursue the taking of a place of worship when the thousands of congregants are in opposition to the removal or demolition of that place of worship. Such action would border on political suicide and no reasonable politician would pursue that risk, just as no reasonable government today would open the equivalent to a residential school.

Second and equally egregious, one can reasonable assume that excess compensation is paid to minimize objections to those who have the potential to be an obstacle. Is this an appropriate use of taxpayers money?

The willingness of IST executives to be railroaded and to forfeit their Mosque property in exchange for a $50 million payment to IST is a shameful disregard for the wishes and interests of the Thorncliffe Park community and likely an embarrassment to all sensible Muslims across North America.

About SaveTPARK
SaveTPARK is a grass roots organization, which has been and will continue to be fully dedicated to work involving the relocation of the arbitrary placement of a train yard in Thorncliffe Park.