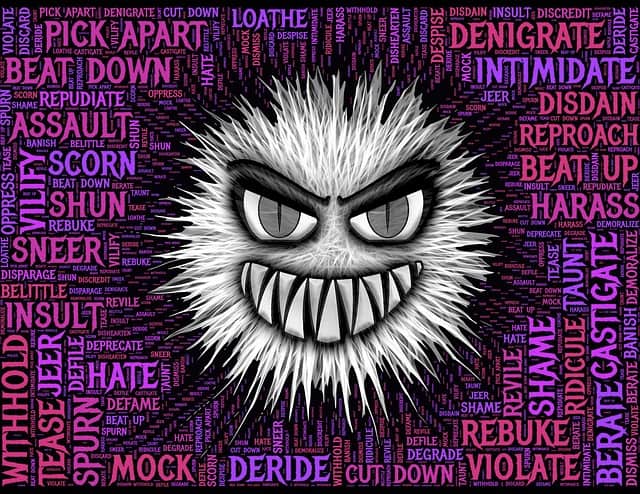 The nature of nature itself is a balance, and everything will come full circle like it or not. Perhaps it isn’t your fault; maybe this is all just a charade to make you look bad. But here’s the catch, once you cross that boundary, once you fall into that bottomless well, there’s no going back. Hate is no faction; it is one of the strongest emotions a human can feel, which goes to say it isn’t something to be trifled with. Escaping from such a pit of hatred is nearly as impossible as reaching the bottom. Even if you do manage to climb out somehow, also if you conquer the impossible, you will still have to face the ways of humans, you will have to face society.

Think of a legendary hero whose family murdered by the tyrant king’s hands. Every day of his life, he had dreams of the terrible vengeance he would bestow upon the king. When finally, as he slew his nemesis, he stood there with the king’s head in one hand and the crown in the other. His rage so intense, his grief so deep, that he took the crown for his own. Becoming the next tyrant, he inflicted pain upon his subjects like the one he felt all those years ago. What use is a beautiful vengeance if it turns the day ugly? In his dislike of the tyrant, his vow to never be like him, his hate corrupted him, eventually turning him into his enemy.

Most likely, one can control their hate, for if they merely peek into the pit of hatred, they can see their darkness and learn not just to suppress it, but to use it. Again, everything comes full circle.

Your hate isn’t a singular identity. It comes in various shapes and sizes. For instance, jealousy, a dual hatred for the person in front of you and yourself too. In a more controlled amount, this feeling has another name, and it is called ambition. You cannot indeed be ambitious if something doesn’t necessarily ITCH you. You cannot indeed be determined if you are too content with yourself. This is just one of the many ways this hatred in people brings out their best.
The healthiest thing a person can feel is forgiveness. When one can find it in one’s heart to truly forgive someone, something which is the cause of their hatred, they let down a tremendous burden. The one who gains forgiveness has also earned grace, for where there is forgiveness, there is also hope.

As is, he who hates himself; the real goal is to forgive yourself for hating yourself. Only then you can complete the circle, and venture onto a new path, one with love, one with hope. The only way to balance darkness is light; the only way to balance hate is love. Love everything, everyone, so that one day no one will need to fall in the pit of hatred anymore.

Why Prayer is Essential