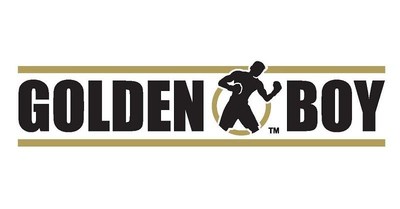 Button served as an agent for Oscar De La Hoya while SVP of Global Sports & Entertainment at William Morris Endeavor (WME) and has a proven track record of representing global personalities, successfully securing brand deals, and developing and producing projects with high profile production companies. Button was also an executive producer of STX Entertainment’s $150 million global box office hit “The Foreigner,” starring Jackie Chan and Pierce Brosnan and directed by Martin Campbell. With over 15-years of experience as an agent and executive in sports and entertainment, Button will also explore new business ventures and investments on behalf of the 20-year-old company founded by the 10-time world champion in six different weight divisions and 1992 Olympic Gold Medalists, Oscar De La Hoya.

“I have known Philip Button for over a decade and trusted him with my career while he was at WME,” said Oscar De La Hoya, Chairman, and CEO of Golden Boy. “Philip has vast knowledge and experience in the industry and has secured high-profile deals across entertainment, media, and sports. Having him as a producing partner now with Golden Boy is a full-circle moment for us both, and I know that together we will build an empire.”

“I am thrilled to be working with Oscar again.  He is a global icon who transcends sports.  We were able to collaborate on big projects when we worked together the first time, and we are ready to elevate Golden Boy to a new level in the sports and entertainment industry. We are already developing a compelling scripted television project with an award-winning studio, highlighting Golden Boy as a real player in Hollywood. I am excited for the new media empire that we are building, and I look forward to collaborating on new business opportunities and contributing to the continued growth and success of Golden Boy,” said Philip Button.

ABOUT GOLDEN BOY
Los Angeles-based Golden Boy was established in 2002 by Oscar De La Hoya, the first Hispanic to own a national boxing promotional company. Golden Boy is a media and entertainment brand committed to making fighting entertainment more accessible and affordable. The company’s in-house production team develops creative original programming for RingTV.com and international channels across the globe. The company holds the exclusive rights to top boxers and has promoted some of the biggest and highest-grossing events in the history of the sport. Now, Golden Boy is one of the most successful boxing entertainment companies in the world and shapes the future of boxing for fighters and fans alike. 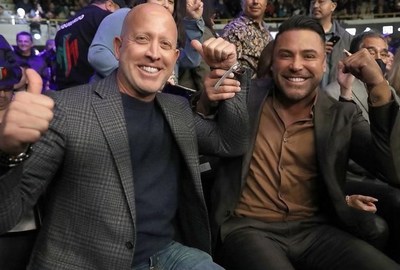 Share
Facebook
Twitter
Pinterest
WhatsApp
Previous articleNotice is given to the shareholders of Essity Aktiebolag (publ) Reg. No. 556325-5511 (“Essity”) of the Annual General Meeting to be held on Thursday, 24 March 2022
Next articleWhy the Culinary Industry is Still So Male Dominant?