Home GENERAL POLITICS SLAVERY and THE COURTS – The Original US Economics 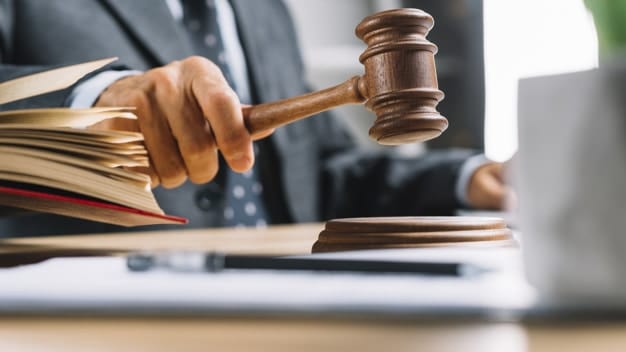 Slaves and the Courts, 1740-1860 contains just over a hundred pamphlets and books (published between 1772 and 1889) concerning the difficult and troubling experiences of African and African-American slaves in the American colonies and the United States.

The documents, most from the Law Library and the Rare Book and Special Collections Division of the Library of Congress, comprise an assortment of trials and cases, reports, arguments, accounts, examinations of cases and decisions, proceedings, journals, a letter, and other works of historical importance. Of the cases presented here, most took place in America and a few in Great Britain. Among the voices heard are those of some of the defendants and plaintiffs themselves as well as those of abolitionists, presidents, politicians, slave owners, fugitive and free territory slaves, lawyers and judges, and justices of the U.S. Supreme Court. Notable names include John Quincy Adams, Roger B. Taney, John C. Calhoun, Salmon P. Chase, Dred Scott, William H. Seward, Prudence Crandall, Theodore Parker, Jonathan Walker, Daniel Drayton, Castner Hanway, Francis Scott Key, William L. Garrison, Wendell Phillips, Denmark Vesey, and John Brown.

This collection consists of 105 library books and manuscripts, totaling approximately 8,700 pages drawn principally from the Law Library and the Rare Book and Special Collections Division of the Library of Congress, with a few from the General Collections. The selection was guided in large part by the entries in Slavery in the Courtroom: An Annotated Bibliography of American Cases by Paul Finkelman (Washington, D.C.: Library of Congress, 1985), which was based on research in the Library collections. The documents comprise an assortment of trials and cases, reports, arguments, accounts, examinations of cases and decisions, proceedings, journals, a letter, and other works of historical importance. Most of the items date from the nineteenth century. They include materials associated with the Dred Scott case and the abolitionist activities of John Brown, John Quincy Adams, and William Lloyd Garrison. Eighteenth-century cases include Somerset v. Stewart, decided in England a few years before the signing of the Declaration of Independence, which “underscored the great tension created by slavery in Anglo-American Law.” (Finkelman, p. 6)

Some of the items presented here, such as the report of the trial of Castner Hanway in 1851, are the only primary source on their subjects. All but one of the items is available both as online images and as searchable text; the exception is an unpublished handwritten slavery code for the District of Columbia, which is available as images only.

View also the Browse Lists for Annals of Congress, Register of Debates, and The Congressional Globe for more debates on slavery:

From Slavery to Freedom: The African-American Pamphlet Collection, 1824-1909, contains many relevant pamphlets.

Correspondence, Between the Hon. F. H. Elmore, one of the South Carolina Delegation in Congress, and James G. Birney

The Dangers of Extending Slavery; and, The Contest and the Crisis: Two Speeches of William H. Seward

An Examination of the Case of Dred Scott Against Sandford, in the Supreme Court of the United States …

Fillmore and Sumner. A letter from William Lloyd Garrison …

The Immediate Issue: A Speech of Wendell Phillips at the Annual Meeting of the Massachusetts Anti-Slavery Society at Boston

The Slavery Question. Dred Scott Decision: To the Free Voters of Ohio

The American Memory Today in History archives include the following related accounts:

The American Treasures of the Library of Congress presents an online version of particularly important items in the Library’s collections.  READ MORE HERE

ALIGNING WITH THE RIGHT MINDSET

Contributing Author - April 9, 2021
0
Parks are probably the most underrated place for beautiful memories. Even before the theme parks that our children now enjoy, parks used to be...