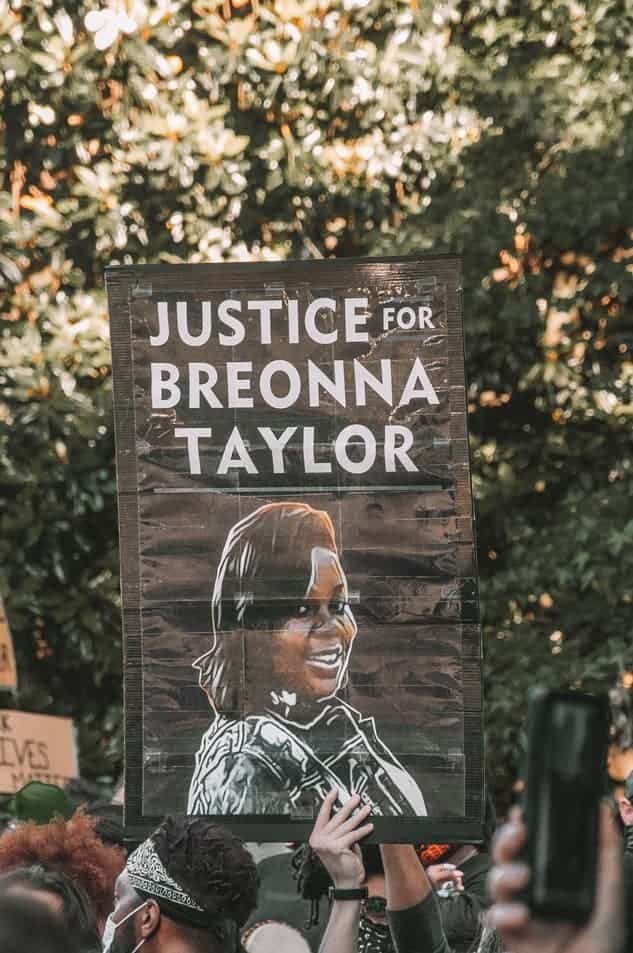 For one reason or the other, which I wrote briefly about it, we will continue to SAY THEIR NAME! One man who was beyond resilient, giving us his best, even at this worst, and never complaining, but always showing up and showing out. Let’s give a round of applause to Chadwick Boseman. Next, two people had their lives cut short due to the unnecessary force of the police. A salute and prayer to Breonna Taylor and George Floyd. Chadwick suffered for 4 years battling cancer, all while still accepting roles and never letting the world know what he was going through and Breonna and George were just two people in the wrong place and sadly, of the wrong color.

CHADWICK BOSEMAN
Chadwick Aaron Boseman was an American actor. After studying directing at Howard University, he landed his first major role as a series regular on Persons Unknown. Chadwick’s breakthrough performance came as baseball player Jackie Robinson in the biographical film 42. He continued to portray historical figures, starring in getting on Up as singer James Brown and Marshall as Supreme Court Justice Thurgood Marshall. Unbeknownst to the world, Chadwick was diagnosed with Stage 3 Cancer back in 2016. The way came showed up and showed out in every performance and movie role he took on, no one had a clue. There was a time we noticed a weight loss, but we brushed it off as we sat back and enjoyed his next blockbuster movie. Rest in Power Chadwick. Thank you for giving us Black Cinema and Black Excellence. Wakanda does not exist, but you gave us something to believe in. You gave us so many roses to remember you by and for that, you will never be forgotten.
21 Bridges
42 – Jackie Robinson
Avengers
Black Panther
Day 5 Bloods
Get on Up
Marshall
Message From A King…

Just to name a few.

Breonna Taylor, a 26-year-old African-American woman, who worked as an Emergency Medical Employee, was fatally shot in her Louisville, Kentucky apartment on March 13, 2020, when white plainclothes police officers Jonathan Mattingly, Brett Hankison, and Myles Cosgrove of the Louisville Metro Police Department (LMPD) forced entry into the apartment as part of an investigation into drug dealing operations. Breonna’s boyfriend, Kenneth Walker, was inside the apartment with her when the officers repeatedly knocked on the door and then forced entry. Officers said that they announced themselves as police before forcing entry, but Walker said he did not hear any announcement and none of the neighbors could corroborate the same, no one heard the officers identify themselves. Mr. Walker thought the officers were intruders and fired a warning shot at them. According to officials, it hit Officer Mattingly. Fearing for their lives, allegedly, they fired the countless shots that ended Breonna’s life. Again, why when it comes to black people, why must the police use excessive force. Although the officers were eventually, charged, there was no indictment.

Breonna was a hard-working individual with a bright future and no criminal background. Aside from being black, her only other charge (no pun intended), might have been guilty by association. To this day, the nation still protests in her honor as we continue to grieve for her untimely death.

GEORGE FLOYD
George Floyd. Jr. was an African American man killed during an arrest after a store clerk alleged that George passed a counterfeit $20 bill. Upon leaving the store, officers were called to the store, and George was apprehended. Not resisting arrest, the officers used excessive force to pin George down. Numerous bystanders asked the officers was that necessary. A white officer named Derek Chauvin knelt down on George’s neck for a period of no less than eight minutes and 46 seconds. If the NFL thought it was disrespectful for Colin to kneel during the national anthem, imagine how all those people felt when that officer knelt on George’s neck. The pain of seeing it with your own eyes was nothing, compared to hearing his cries for help and hearing a grown man suffering calling for his mother. Again, no indictments were offered, and the nation continues to grieve for him, along with all the other people who died at the hands of officers.

We have seen the officers take a known killer to get something to eat before taking him to the precinct. We have seen officers take down a white person who is much more dangerous than the black people pulled over and/or harassed and yet still we see no excessive force used towards them and they arrive at the precinct alive and able to stand trial, which is the just thing to do. Not unjustly kill a person, because maybe you were not taught that black people are humans and not animals.

We ask for justice for all and whether they died too soon due to health issues and/or due to police brutality, we want you to remember them and SAY THEIR NAME!!

How to Adjust Your Habits and Shift Towards a Minimalist Lifestyle

The History Behind 6 of the Most Popular Christmas Tunes

Amulet Society: Building a Community of Strong Women in Chicago and Nashville.