(The Good, The Bad and The Ugly) Movie Sequels| By: Mariel Ferry

Sometimes we see a movie that has such a compelling story and a great cast behind it that we want to see more.

This is where sequels come from and they don’t always live up to expectations.  It can be a hit or it can be a miss. Why is this?  The reason is kind of the same as why remakes don’t work.  We’ve built up so many expectations that don’t really live up to the original, which is why sequels don’t do very well.

The other reason is simply that there are idiots in the world who think that we should get a sequel of something and screw it up to five ways.  The truth is that sequels should just be a continuation of the story that we all know and love, but we don’t always get the exact same characters or moments that we got from the first movie.

Sequels sometimes I feel as if the director prolongs the story just to make more money, even if the viewers do not need a longer story. Take the well-known movie “Ice Age” for example.

The story is about the meeting and adventures of a sabretooth tiger, a mammoth, and a sloth who end up meeting other characters along their journey to add them to their herd. Yes everybody loves the family bond of Ray Romano (Manny), Queen Latifah (Ellie), and Keke Palmer (Peaches), but the story of the herd’s adventures get repetitive after a while, because after four movies, they still go on the same adventure every movie, except they add a different twist. I think with some movies, such as this one, there comes a time where a movie series needs to end and if the storyboard team does not come up with any new ideas that are relevant to the story plot, then the movie should just be left alone.

Now in my opinion, the only time I feel that a movie sequel is needed, is if the movie is based off a book. We can use this example when talking about “The Hunger Games”, “Harry Potter”, or the Divergent Series.  JK Rowling has created so many Harry Potter books, one can only expect because it is a popular favorite, it will be turned into a popular movie.  However, because Harry and his friends go on so many adventures directors cannot document all the major literary highlights in just one movie. It leaves the story at a checkpoint and people knowing what is next to come. It leaves people with high expectations that a new movie is coming soon and that’s what you should spend money on.

Don’t get me wrong, there are sequels that I think are amazing and sometimes better than the original, but there are other sequels that I think should never have been made. They just spent the whole movie-going from one wacky situation to another, building up the story and the character development, and finally finishing off with closure for everyone.  So where do you go from here? No, seriously where? Because that’s the question you have to ask if you want to do a sequel.  There needs to be a purpose for a movie sequel.  A sequel needs to be made to continue a great story and not just in an attempt to make money. 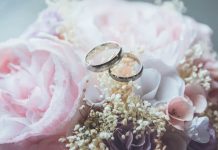 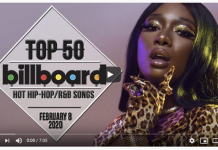 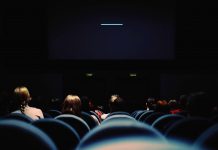 Cecile Anthony-Bryan - November 26, 2020
0
You’re in a relationship with a great person who you love. You’ve developed trust, established boundaries, and learned each other’s communication styles.At the same...