After more than 20 years in the courtroom as an experienced civil and criminal trial attorney, Judge Moore had the honor of taking the bench in July 2020 when Pennsylvania Gov. Tom Wolf appointed him on an interim basis to the Court of Common Pleas in Philadelphia County. Judge Moore sits in the Criminal Trial Division and presides over motions and guilty pleas on a daily basis. He will be running for election this May to retain a full ten-year term.

Before taking the bench, Judge Moore served as Counselor for Allstate Insurance Company where he defended the company’s policyholders in civil lawsuits.  During his career at Allstate, Judge Moore won several “Trial of the Quarter” honors for successfully defending some of those lawsuits.

Prior to joining Allstate, he served the citizens of Philadelphia as an Assistant District Attorney for nearly thirteen years. During his tenure at the District Attorney’s Office, he served in various units and tried thousands of motions, preliminary hearings, and bench trials. In addition, he tried nearly 100 jury trials.

Judge Moore also served as a law clerk for the Honorable Thomas A. Brown, Jr., in the Superior Court of Camden County, New Jersey.

Outside the Courtroom, Judge Moore actively serves in his church, New Covenant Church of Philadelphia, where he helps to teach weekly Sunday School lessons to middle school students and serves on the church’s Food Distribution Ministry, “Five Loaves and Two Fish”.  He also served as a board member and President of Northwest Victim Services, a non-profit organization serving crime victims in Philadelphia’s Northwest section.  In addition, he is a member of The Barristers Association of Philadelphia, the Philadelphia Bar Association and Kappa Alpha Psi Fraternity, Inc.

Judge Moore is a native Philadelphian. A graduate of Central High School, he went on to earn a B.S. Degree in Marketing from Hampton University, a Juris Doctorate from Villanova University’s Charles Widger School of Law, and a Master of Laws (LLM) in Trial Advocacy from Temple University’s Beasley School of Law.

In addition to practicing law, Judge Moore is a published author.  In October 2019, he released his first novel, “The People’s Business,” a crime-fiction thriller set in modern-day Philadelphia.  An avid sports fan, Judge Moore enjoys reading, playing the piano, and spending time with his wife and two daughters (and rescue dog Hannibal the Conqueror).

It is clear that Judge Moore has spent more than half of his legal career as a public servant. Advocating for the citizens of Philadelphia has been a passion, a privilege and a pleasure for him and he strongly believes that public trust in the legal system is strengthened when those in 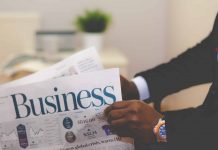 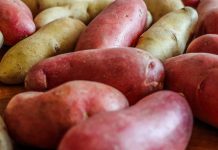