Karen was born and raised in Philadelphia, Pa. In a North Philly community called York Town. Karen remembers attending performing arts classes as a young child at The Heritage House, now known as The New Freedom Theater located in the heart of North Philadelphia. She is active in theater, fashion and the Fine Arts community throughout the Country.

Karen has had the opportunity to work and or train with some of the most respected names in performing arts and entertainment. Dr.Walter Dallas, Samm-Art Williams, Robert Anu Hubbard, Rudy Ray Moore, Karen E.Q. Miller, Kathy Wickline, Will Brock,John Martin, Domenic Andreoli, Freeway, Allen Anthony, Ricardo Martin and the legends Mr. Ossie Davis, and August Wilson just to name a few.

Karen has been seen in many community and regional theater productions, commercials and feature films. She has worked in many aspects of the industry including, but not limited to drama, on-camera, on-air and improv instructing, script supervising, boom and camera operator, craft services and as a make-up/wardrobe/ set coordinator and fashion stylist.

Karen was  the Founder and President of “For Da Sista’s” book club since January 2002. Her organization was known throughout the countries literary community. Her all female group of African American members have had the opportunity to read literature and develop personal relationships with some of the worlds famous and well respected African American authors.

“To every one fan, you have two haters. Stay focused on your dreams. Keep the Prayers going up and the Blessings will always,always come down.” | Karen Waller-Martin

Look out for Karen’s debut feature films entitled “Stokenberry “Tring to be down”: the secret tales of teenage life;”, “Controversy” and “Trick or Treat” all films have been co created with both her husband of 35 years John Martin  and their daughter Starr. Release dates to be determined. Karen & husband John are also the Creators and Co-Executive Producers of  TV talk show “CELEBRITIES IN THE BASEMENT” CITBTV since 2008. This talk show has allowed  them to provide a platform for up and coming artist to showcase their talents as well as having the opportunity to shine the light of some house hold names within the Fashion, Arts and Entertainment Industry. CITBTV can be seen on Philly Cam, Thurs @7:00pm on Comcast ch 66 HD966,Verizon fios ch 29 & 30 and on Roku. You can view episodes online phillycam.org– click on demand – select CITB,select any clip# | www.youtube.com/celebrityinbasement

Karen is a member of the NAACP and has volunteered her time and talent with the American Red Cross, the Salvation Army,St Judes Children’s Foundation,North Penn School District, the York Town Community Organization, Imhotep Charter High School, Johnson day Care centers and  The Big Picture Alliance. She and her group of book club Sisters have made a substantial donation to the victims of Hurricane Katrina.

Karen with her husband John, have recently launched Morrish Entertainment Group Community Foundation MEGCF which will provide affordable resources in the community for aspiring artist towards the development in visual/audio technology, performing artistry in music, dance drama and fashion. 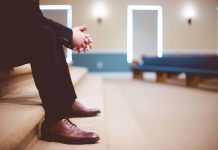 Sometimes, it’s not what you know, but WHO!