A legend in his own time, Joseph Campbell (1904-1987) was a mythology and comparative religions professor at Sarah Lawrence College when it was an all-female school for privileged young women. The handsome, charismatic Campbell had his students swooning in the aisles until he finally married one. “A guy chases a girl until she catches him!”

An avid admirer of Joseph Campbell, George Lucas used Campbell’s book, “The Hero’s Journey” as a direct reference for the creation of “Star Wars.” The two became close friends and admirers of each other’s work. Television journalist Bill Moyers’ legendary PBS documentary “The Power of Myth,” is a series of interviews with Joseph Campbell at Lucas’ Skywalker Ranch. In these interviews, Campbell encourages his audience to follow their bliss, to discover what excites them, and to make that the basis for their personal journeys.

In Campbell’s, “Goddesses: Mysteries of the Feminine Divine,” he traces the evolution of the feminine from one Great Goddess to many, from Neolithic Old Europe to the Renaissance. In shedding new light on classical themes, he reveals how the feminine divine symbolizes the quintessential energies of transformation and inspiration.

Goddesses Of The Ancient World And The Renaissance

In Greek mythology, Aphrodite is familiar to us all. Her Roman equivalent is Venus. In history, Queen Hatshepsut was the first female Pharaoh of Egypt. After falling in love with the wrong guy (Mark Antony), Cleopatra became the last Pharaoh when her armies fell to the superior forces of Rome.

Another notable African Goddess is the biblical Queen of Sheba. Legend tells us her iconic visit to King Solomon, resulted in the birth of the first and long line of Ethiopian kings, culminating with Haile Selassie.

While today’s British monarchy are rulers in name only, Elizabeth I, “The Virgin Queen” was the daughter of Henry VIII and the most powerful woman of her day. Though she had many lovers, Elizabeth and I broke new ground with self-portrayals that glorified her presumed virginity as the source of power and set her apart from the traditional subservience of woman to man.

A Few Good Women (Of The Modern Era)

From Europe in the west to Africa and Asia, few women have held their nations’ highest offices. Of 178 current heads of state worldwide, only 18 are women.

In 1979 Margaret Thatcher became the first elected female Prime Minister of Great Britain. Theresa May now hold that office. A moderate conservative, Angela Merkel has been Chancellor of Germany since 2005 and one of the architects of the European Union. Britain’s “The Guardian” recently wrote of Merkel: “Can she stagger on into the 2020s? She may have to if the leadership of Europe is not to risk falling into the hands of assorted Trump lookalikes.”

The premise is that creation occurs between the masculine and feminine. The ego (masculine) is needed to create a safe and secure space for the heart (feminine) to birth, nurture, and grow the creation. The keeper of the flame is that nurturing feminine presence that allows the creation to grow. Accordingly, unless both roles are recognized and the feminine is allowed to guide the process, world development will continue to be retarded. That does not mean it will not be successful. It just means the world will be less than what it’s capable of becoming.

As our European cousins often remind us, America is the 240-year-old upstart. Yet while we continue to live under the corrupting influence of money in politics and its toxic effects on millions, the first female in American history is running for president. Candidates may not possess all the virtues we would like in a commander-in-chief. None ever have, nor ever will. Many presidential icons have come under fire from the Left and Right for their reputed errors and peccadillos. As a nation, we’re still here.

Bad-ass Goddesses In Love and War

From the solar deities of ancient Egypt to Shintoism and Norse goddesses, mythological bad-ass women still capture our imagination. Ever see a Wagnerian Opera? In our own time, a feminine/masculine Hillary Clinton continues to bear the scars of battle, and she’s still here. But as Joseph Campbell reminds us, the feminine side of power in industry and government remains absent in 21st century America. It has to prevail if we are to progress to higher standards of consciousness as a nation.

According to the recent 2016 Fortune 500 list, women now hold a meager 4.2% of CEO positions in America’s 500 biggest companies. The Equal Rights Amendment was ratified by only 35 states, three states short of the 38 required to put it into the Constitution. Higher standards of consciousness means equal pay, free higher education for our children, affordable health care for all citizens, and the discerning use of power to defeat the greatest threat to democracy and peace in our time-ISIS and its inevitable progeny. The formula is equal parts masculine and feminine, and a Supreme Court that maintains the balance of justice for all. 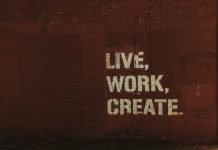 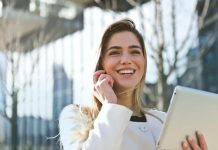