… AND BEGINNING A LEGACY OF HER OWN WHERE HER FAMILY MEMBERS LEFT OFF.

THIS PHENOMENAL YALE GRADUATE IS CARVING OUT HER OWN SPACE IN HER FAMILY’S HISTORICAL ARCHIVES.

If Miriam Hyman’s name sounds familiar to you, it should.

She is the cousin of the late sultry singer Phyllis Hyman, the cousin of Earl Hyman who is the actor who played Heathcliff Huxtable’s father on The Cosby Show, and the daughter of Hyman, Publicist to the late Malcolm X (pictured right). And while these mentions are just the beginning of this woman’s esteemed family tree, she is making moves of her own that are sure to continue the legacyof greatness that has been forged.

Miriam was raised in the city of Brotherly Love from her early years and while Initially she wanted to be a brain surgeon. At 13 she went to see a film with her mom and knew that’s what she wanted to do for the rest of my life. While, the initial family response wasn’t supportive, over the years Hyman proved to everyone including herself, that she wasn’t going to just talk about it but be about it too. She started training at the Freedom Theater and knew in her heart this was what she was supposed to do.

More than just talent, with her gifted skill set Miriam graduated from University of the Arts in Philadelphia with a BFA. More recently she earned her MFA from Yale and was named the 2011 Princess Grace recipient of the George C. Wolfe award in Theater. Her additional training includes a Guthrie Experience, BADA Oxford, England, and Shakespeare & Company’s Intensive.

Next up, she will be portraying the role of Beneatha in Lorrain Hansberry’s production of A Raisin in the Sun at PlayMakers Repertory Theater in Chapel Hill, NC.

THE BEAUTY OF HER MUSIC

The material is very conscious but at the same time gritty. There’s no profanity. It’s uplifting; paying it forward. It’s about having a good time. With my music my desire is to positively affect and inspire my listeners. How can I reach you and inspire you to want to go and do something positive? With so much going on in this world – what we take in affects us. We react like a reflex and respond without thinking. I want others to take time to reflect on my lyrics and rock out to a versatile feel good track like Will Smith’s Summertime. And if you have seeds they can rock out with you too because my sound is clean. You don’t have to worry about it. I call that spicy raw.

HER MESSAGE TO THE SISTERS

It’s hard out here. Take all of this negative energy that you could consume and turn it into positive energy. I grew up in the hood. I am not a writer for the shooters or the cats getting shot, but those who are ducking the bullets. You learn how to survive. You take what’s around you and let it fuel you. We don’t get that kind of motivation in the hood. We take so much in. It’s not just music, it’s a lot of things and it’s not ok. I’m not into being called out my name and especially not a B… I can’t call anyone the N word, not even on my worst day. My message is about bringing it back to the basics. 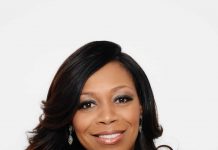 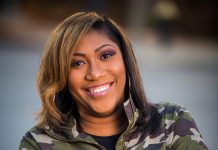 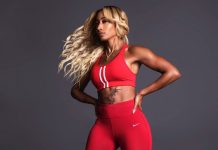 Cecile Anthony-Bryan - September 25, 2020
0
Has God given you a promise that has yet to be fulfilled? Perhaps, you seem to be waiting what appears to be an eternity...