“Fair Tales” for children from Odeabank The tales were rewritten in a tone adjusted  as per gender equality in cooperation with Can Publishing, the content was edited by Prof. Dr. Ayşe Bilge Selçuk, a reputable children psychologist in Turkey.

The tales “The Frog Prince” and “Prince Tender Heart and the Seven Dwarfs” which were reinterpreted this year accompanied the “Little Red Riding Hood”, “Rapunzel” and “Cinderella” which were published last year in the first stage of the project.

Believing that equality is internalized in childhood, Odeabank launched the project “Fair Tales” to reinterpret popular fairy tales with a gender equality perspective to raise awareness among parents and contribute to changing the perceptions prevalent in society.

In the well-known fairy tales female characters are often portrayed as beautiful, weak, dependent women who are mostly limited to domestic jobs and taking care of the family. And the male characters in the tales are portrayed with strong, proactive, brave and commanding personalities. In contrast, the characters in the book set bring different perspectives about the roles of each individual in our society. Odeabank Fair Tales added a new code to the tales. More egalitarian, more empowering women, and naive codes that save men from heroic pressure…

Talking about the goal of the project, Odeabank CEO Mert Öncü said: “While the world is changing constantly, tales remain unchanged. We believe that this has to change. With Fair Tales, we wanted to draw attention to gender equality and empowerment particularly to girls. Individuals become acquainted with gender roles and equality at very early stages of life. Responsibilities and expectations imposed on women and men by society are instilled in children’s minds. It becomes more difficult to change established patterns later in life.  We wanted to contribute to teaching children gender equality in a correct and positive manner. We believe that equality is internalized in childhood. Equality is a fundamental human right. Sustainable social development is only possible with women’s equal participation in social development.” 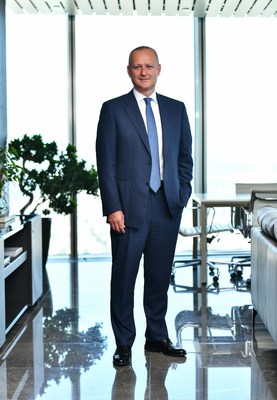