This Atlanta Hustle Mama is a Delight who is maintaining the balance of Infusing her way to the TOP of the stands, and into the Hearts of her fans!— Dawn Belisle

Dawn Belisle was born on December 10th in Brooklyn, New York to parents who came to the U.S. from the country of Belize.

Along with an older brother and sister and a younger brother, she grew up in NY until age 12 when she moved to West Palm Beach, Florida After graduating HS, she left West Palm Beach to attend Spelman College in Atlanta, Georgia. She returned to South Florida, Davie, to attend Nova Southeastern Law School and received her Law degree in 1995. Afterwards, she moved back to Atlanta, Georgia and shortly began practicing law where she currently resides as the mom of one son.

HMM: What kind of family did you grow up in? What was life like growing up for you?
DAWN: I had a great childhood. Both parents had big families so I was surrounded by lots of cousins growing up. I have two older siblings and one younger brother. I was born in Brooklyn, NY but my parents and my entire family except my generation and younger, are from Belize. The families constantly celebrated birthdays and holidays together. Nothing but good memories.

HMM: 1. How old were you when you knew this was your calling and what you were going to do for the rest of your life? DAWN: I didn’t realize it until a few years ago, late in my life. When I look back now, cooking, baking and entertaining were always a part of my life. It began with my mother. I love to entertain and feed people. I guess it was always there, I just didn’t know yet that it was my calling.

DAWN: I first thought about being a lawyer in junior high as I began to get involved with public speaking and school government.

Some of my early influences would be two great teachers I had in high school who went above and beyond with helping to shape many of their minority students there.

HMM: What is it about this that makes you do what you do?
DAWN: I think I actually love to bring smiles and happiness to people’s lives. I mean even when I used to entertain more often. My baking and creating really makes people feel happy and I get a great sense of accomplishment when I see that. Bringing something special or exposing people to something new in the form of my desserts or the dishes I cook, really makes me feel happy and a sense that I was able to contribute something to someone else’s life. 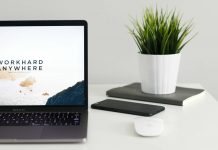 How to create a Membership Website to Reach Your Buyers