DEAR MAMA: YOU ARE APPRECIATED

Breaking the internet and stealing America’s heart was the last thing on their minds, but when their story broke, that is exactly what happened.  It is my honor to share this story with you as well.

At the time that Fatima Faruq was due to graduate from high school, she found herself pregnant with her son, Nassir “Nas” Al-Faruq.  Just six months shy of graduating, she opted for motherhood over her prom, giving birth to a beautiful baby boy and using her prom money to look for an apartment.  Attending her prom was something she had dreamed about and could not wait for, but being a mother came first.

Being a mother is a full-time job, so eighteen years later, not much had changed as far as her priorities.  What was first back then, still comes first.  Yet, this single being mother a of two never would have thought that a deep conversation she had with her young son, would still hold weight as he prepared to graduate from high school and enter manhood.

Growing up, his bond with his mother grew stronger and their friendship deeper. Nas knew there was no other special girl/lady in the world besides his mother and he wanted to share this special moment with her.  Fatima was the first girl/lady he fell in love with and Nas was the first to feel her heart from the inside.

A few months ago, as a senior at Cardinal O’Hara High School in Springfield, PA, and remembering that conversation he had with his mother many years ago, he knew at that time what he wanted to do.  When Nas asked his mother to the prom, Fatima was shocked.  Nas told her he remembered what she did for him and that he would be honored to have her as his date.  Fatima gladly accepted (with tears in her eyes) his heartfelt invitation.

On April 13, 2018, not only were these two the talk of the town but they soon also became the new talk of America with their story going viral over the internet and still going abuzz on social media.  Teaming up with a designer, Dahsar by Rashad (Rashad Calhoun), this mother-son duo entered the prom in matching outfits.  While Nas wore a black suit with his sleeves matching his mother’s dress, along with smoking slippers and aviator sunglasses; his beautiful being mother, Fatima, wore a form-fitting, long-sleeved custom gown, with damask detailing.

Although the night came and went, these two beautiful people have a lifetime of memories and lots of great pictures to cherish.  Cinderella found her prince and she did not have to look far.  There’s nothing better than a woman raising a King and a prince appreciating his Queen.  People remember… fairytales do come true.  Psalms 46:5. 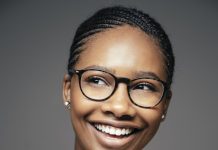 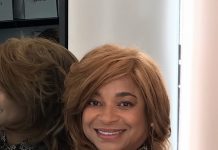 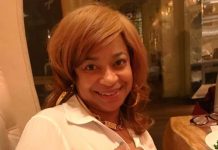 Shift Changes: Chew on This

The Beauty That Lies Within

The Beauty of Loving YOUR Life….

Shift Changes: Chew on This

The Beauty That Lies Within