What is the deal with all these fancy beers nowadays eh? I mean come on who wants to pay $5-6 bucks a draft or $10 bucks per 6-pack? Nobody right? Wrong.

Why does craft beer cost more? In most cases these beverages cost more than a large national brand name such as “Bud Light”; this is because it cost more per unit with (in most cases) with craft beer. More hops, yeast, and grain go into the brew process, making production cost higher. It is also common for brewers to add in ingredients such as coffee beans or chocolate. After the brewing process most craft beer results in a higher alcohol percentage. When you really think about it, these drinks makes up for the price. You could drink 3 craft beers and get the same buzz as per say 5-6 Bud Lights. Craft beer usually contains anything from 5-15% ABV.

If you are not familiar with ABV it stands for Alcohol by volume, and is used to measure the alcohol content of beer, wine, distilled spirits, and other alcoholic beverages. Beers typically fall in the 3.0 to 13.0 percent ABV range, with the majority being 4.0 to 7.0 percent ABV. Some can be weaker or stronger than this.

What Is the Average ABV of Alcohol?

According to the spruce eats; Every alcoholic beverage is required to have the alcohol by volume on its label. Typically abbreviated ABV and given as a percentage, this measurement will tell you how much alcohol is in the drink.

Each style of alcohol has a certain ABV range though some products can fall outside these averages:

It’s important to note that “proof” is only used with distilled spirits in the U.S. It is calculated by doubling a liquor’s ABV. Therefore, a 50 percent ABV liquor would be 100 proof.

The ABV will tell you how many ounces of actual alcohol are in the beverage. For example, if a 12-ounce bottle of beer is 5.0 percent alcohol, that means that the bottle has 0.6 ounces of pure alcohol.

For the last decade craft beer has become more and more popular. Beer is nothing new. The first beers were brewed years before Christ. So why in the last decade or so have these ales become so popular? It’s not the beer; it’s the amount of coverage these breweries are getting from the media, specifically social media.

Social media has boomed within the last decade. Companies (in this case, breweries) are able to post news, products, and so on for free! So why not take advantage? Sure social media brings more attention but it doesn’t make me want to go to craft breweries all of a sudden. However, say your friend goes and tries the new stout from the local brewery and he won’t stop boasting about how good it is. Here is your culprit. Social media brings coverage, then proven results or opinions spread like wild fire through word of mouth.

First of all what is the difference in a craft beer and non-craft beer? If we are specifically talking about the beer itself, then nothing is different between craft and non-craft. The key that separates a craft beer is its abundance and the way it is brewed. The “craft” side takes on a traditional approach where “non-craft” is mechanized. Annual production of less than 6 million barrels classifies a “craft” beer. The people who are producing these brews are small/local breweries that cannot produce at the same level as per say Budweiser.

The west coast of the United States is well known for its brews. You could say they started the movement. It was the west coast who really put certain beer styles such as the “west coast IPA” in motion. However, lately there have been breweries popping up all along the east coast of the USA. Also the breweries that have already been established in the east are becoming more popular.

If you live in the east and you are contemplating opening your own brewery, now would be the time to do so. Establish a brand; get your name out there now before you become “just another brewery.” If you walk around the west coast (mainly California and Oregon) you can find a microbrewery around every block.

So what does the future of craft beer hold in store for our nation? Current breweries will only grow as time goes on and new breweries will continue to emerge. My guess is that by 2050 you will be able to walk around any major city or town in the USA and be able to find a craft brewery. 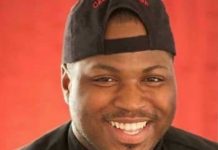