Up Close with Caribbean Model and Actor | Shirville “Ovadoo” Jarvis

A Caribbean Model and Actor best describe Shirville “Ovadoo” Jarvis.  Somerville is an Antiguan actor/model spotted by an agent while working in New York City during fashion week.

The now established “Sexy Boy” was born in All Saints Village, Antigua, W.I., and grew up in New York in a household of six siblings.  As a teenage boy, he was very shy since he was made fun of due to his dark complexion.  In spite of this, Shirville was never a follower and ultimately became the popular Adonis that he is today.  Guess who is laughing now!!!

Shirville Jarvis has faced many triumphs and challenges throughout his life. When he was just 10 years old, he represented his country’s soccer team and became the star of the team.  At 13 years old, he moved to the States to live with his dad and ended up moving out at 17 to find his own way.  Shirville describes himself as a great blend of his mother and father’s personalities and believes these features attract people to him.  Between his regal dark skin to that perfect gentleman smile.  Even with his success, he remains humble.

This Antiguan born, New York raised actor/model has always loved music for as far back as he could remember.  Somerville started his career when he spoke to his brother, worldwide known, international reggae Grammy-winning artist, Bajja Jedd about his aspirations.  As a result, Mr. Jarvis was introduced to several known reggae artists such as Scrrechi Dan, Red Fox, Shaggy, Rayvon, and countless others.  In that same year, Shirville had a photoshoot with photographer Geisha De Loca.  This shoot leads him to be selected as a runway model for Phashionable Loud Inc. plus appearances in numerous videos and fashion shows.  Shirville Jarvis’ filmography/videography includes being cast as an extra in the movie “Artifice.”  He was also featured in the short movie “Black Pearl”, as well as music videos such as “Back It Up” for reggae artist Rayvon and “Love Dance” for artist China Black.

After taking a small break, he returned to the modeling/acting scene by landing roles in TV productions “Power, Law and Order SVU, The Blacklist, etc.

Currently, Shirville is taking on new movie roles and has relocated to the west coast.

HMM: What was life like growing up for you? What kind of family did you grow up in?

SJ: Life for me growing up was not bad, but there was a struggle. I grew up in a great family and not being the oldest child makes it much easier. Your siblings become your role model.

HMM: Did you know this was going to be your calling and is it modeling/acting something you want to do for the rest of your life?

SJ:  I did not know this was my calling, but as I grew older, I learned it was in the blood to be in the field of entertainment from my brother Bajja Jedd (dancehall/reggae artist) who took the reggae world by storm in the ’90s and my close cousins, the members of Burning Flames band (soca band). Then I learned of an uncle who makes steel pans, which supplies the majority of the Caribbean major mass steel bands.

SJ:  It’s a natural talent that I couldn’t hide. From young, I loved the camera like my mother.  When I moved away to the States (New York), I had the opportunity to take pictures every month that I was able to post online or send to her.  My dad put me into Lehman College summer programs for video production without me asking, so I felt it was just destiny.

HMM: How do you maintain your integrity in an otherwise very competitive and scrupulous industry?

SJ: I maintain my integrity by not being afraid to say NO to offers I don’t feel comfortable with.  I stay motivated by talking about myself as if I am my own publicist. Many would look at it as me bragging or even being conceited, but it’s all just a marketing strategy.  You have to support your own brand and believe in yourself.  I also think my image and accent also plays a major part in me standing out.

HMM: What advice would you offer others with the DREAM?

SJ: My advice to others that have the “Dream” and never give up.  You may have great talent, but you must also realize it may just not be your time yet. You have to keep pushing and the right person will notice you one day.

HMM: What makes you a POWERHOUSE? What is the source of your strength?

SJ: I think what makes me a “Powerhouse” is that I have strong-minded in that I instill great motivation, I definitely don’t believe in waiting on someone else, so I do a tremendous amount of self-promotion and most importantly, I love my craft.  The only way to be truly happy is to love what you do.

SJ: First up is Season 3 of POWER and then some independent films. 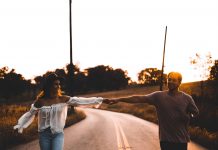 Got This One Off Of Facebook .. A BEAUTIFUL LOVE STORY 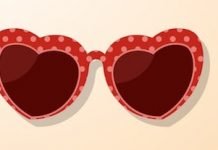 Make Sure to Protect The Lenses of Your Rose Colored Glasses