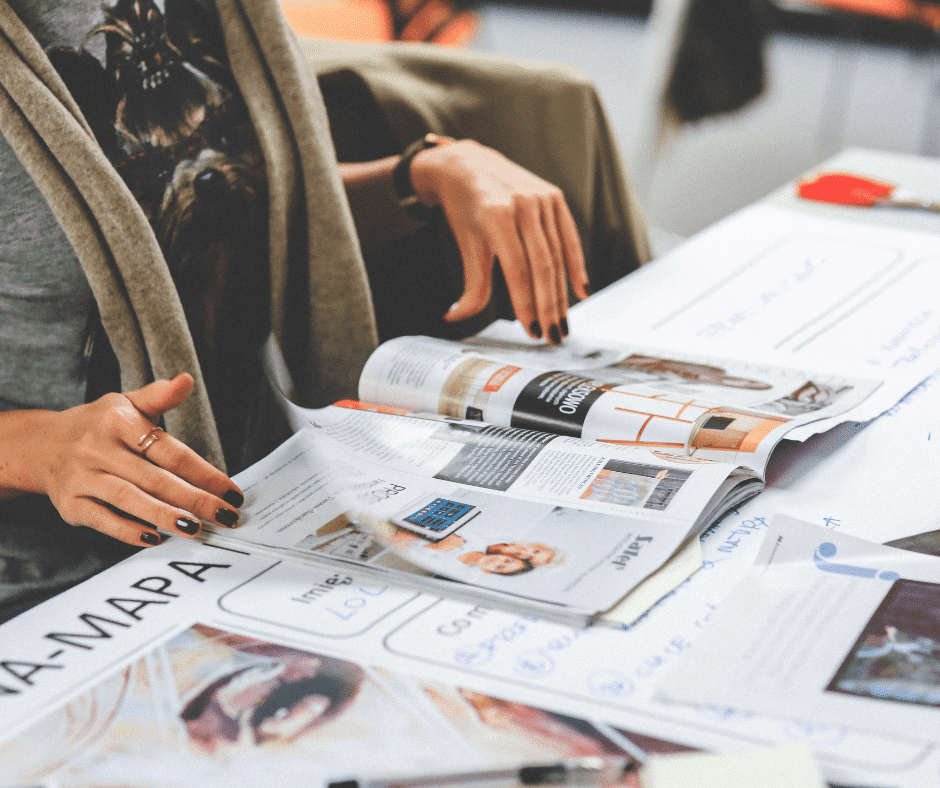 Women’s magazines have had a rough running, with many finally laying their print publications to rest in recent years.

Many notable magazines have experienced what is known as the evolution of women on magazine covers, changing perspectives and stereotypes that have been there for decades. Women are no longer interested in being objectified, so the practice of putting enticing women on magazine covers has long been a subject of ridicule and backlash.

In the past, magazine publications were known as a space for women in media, a toxic one at that. Many women believed these magazines promoted unreal beauty standards, forcing women all over the world to fit into the image of the women on the covers of these magazines. It created an unrealistic image of women, which is why many magazines nowadays have adopted a completely different narrative. Presently, magazines have emerged as a powerful tool revolving around themes such as feminism, achievements of women, smashing the glass ceiling, and portraying what real women look and feel like.

Sadly, the demise of women’s magazines is at its peak at a time when they are becoming less sexist and more progressive. In 2019, Marie Claire magazine was cut short after 31 years. While it will continue to live in the afterlife as a digital publication, it stopped its print edition. Similarly, in 2017, Glamour magazine went digital, continuing with its print edition bi-annually. While most feminists were jubilant with the end of objectifying women, some argued that the changes came too late.

Moreover, changes in digital media and the emergence of social media as a tool for women to voice their opinions have also greatly contributed to the evolution of magazines. Although there are many print magazines, their continuity is somewhat linked to sentimentality. Yet, their digital counterparts are quickly gaining the upper hand. The number of e-magazine readers in 2015 was just 18 million in the U.S, but the figure has since doubled, reaching almost 40 million readers of digital magazines in 2021.

These figures shave d to people all around the world to question the relevance of women’s magazines. Do we still need them? Are they relevant? Are they changing? Can they be useful in shaping future women? Let’s find out more about women’s magazines in this article.

The origins of magazines can be traced back to the 1600s in the form of women’s diaries, pamphlets, and gazettes. These prints were important in encouraging reading and the exchange of information. It wasn’t until 1732 that the word “magazine” was coined. These magazines were popular as they offered an opportunity to escape the traditional roles of being a wife, daughter, or mother. Women felt like they could escape into a world of fashion and beauty for a while, feeling excited and curious.

The first issue of Harper’s Bazaar was launched in November 1867, describing itself as “A repository of fashion, pleasure, and instruction.” A few decades later, the first issue of American Vogue saw the light of day in December 1982. These two magazine publications went on to become the leading players in the industry, still making waves today.

How Magazines Operate and What has Changed?

For most people, magazines are like a portal that can take them to a whole new world. The smell of freshly printed pages, the glossy paper, and the revitalizing colors all was a treat for the eyes. From the editor-in-chief, who is the captain of the ship, to the copywriters, editors, and visual designers, there’s a lot of work that goes behind the creation of those glossy magazine pages.

In the past, magazines promoted fictional concepts of beauty and promoted a lot of sexism, enraging the feminists of that time. Even today, magazines are often bashed for setting unreal beauty standards and lacking diversity. However, there is some progress. Publications have understood women’s sentiments and have started taking a more progressive approach to their themes and ideas.

The biggest change this far has been the shift from print to digital media to expand their audiences and cater to public sentiments. Today, the rule for magazines is simple; photography first, journalism second. In addition, the pandemic has further reduced the revenue of consumer print magazines.

Nowadays, magazine covers are designed keeping in mind the new audiences who are completely different. The ideas have transformed from “how to choose a dress for prom” to “how to start your own business at 18”. Thus the magazines that have been successful in appealing to modern women are still more relevant than ever.

No woman has the time to but a thick copy of glossy pages in today’s world; rather, they find it better to read on the go, thanks to their smartphones. Accessibility and content are the two things driving today’s magazines.

The debate about women’s magazines can go on and on; however, the outcome of this debate depends upon the readers. Magazines that work and create content that readers find appealing are stronger than ever. On the other hand, magazines that promote a fake sense of beauty and fashion face harsh consequences.

Magazines that make women feel like they are a part of a strong and diverse community are what women need today. Plus, these magazines need to be easily accessible, which is why digital magazines are more popular among women nowadays.

Get a digital subscription for Hustle Mama Magazine and become part of a close-knit community. We don’t just offer tips and advice; we care about our reader’s unique needs and provide them with a variety of topics to explore from, including business trends for new entrepreneurs, fashion tips, self-care, relationship advice, and so much more.

Get in touch with us to get the best magazine subscription for women. You can also visit our website right here.

The Best Addictive Apps to Kill Your Time With

The Importance of Sisterhood